Mobile represented 70.3 per cent of all online games 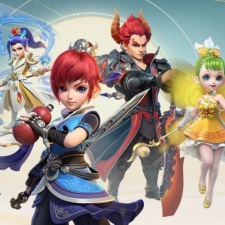 Chinese publisher NetEase has started off 2020 well by accumulating ¥17.1 billion ($2.4 billion) in revenue for the first three months, an 18.3 per cent increase year-over-year.

This information was made public through the company's first-quarter financial results for the three months ended on March 31st, 2020.

The company's online game services made up the bulk of the overall revenue figure, representing ¥13.5 billion ($1.9 billion). This showed a rise of 14.1 per cent when compared to the first quarter of 2019.

Mobile games accounted for an estimated 70.3 per cent of net revenue from online games during that time, with New Westward Journey Online II and the Fantasy Westward Journey series delivering strong performances. However, this fell slightly compared to Q1 2019, where mobile games made up a slightly higher percentage of revenues at 72.1 per cent.

"As with companies around the globe, we encountered an unexpected global health crisis and a great deal of uncertainty as 2020 has unfolded," said NetEase CEO and director William Ding.

"The situation presents numerous evolving challenges, but our resolve to overcome any hurdles remains undiminished. Moreover, we have faith in the solidarity and capabilities of business communities, inside and outside of China, to overcome the pandemic.

"Our company had a good first quarter, with total net revenues growing 18 per cent and net income from continuing operations attributable to the company's shareholders increasing by approximately 30 per cent, both on a year-over-year basis."

Another of one of the company's hit titles include a Tom and Jerry mobile game, which has gone on to surpass more than 100 million users in China in less than a year of launch.