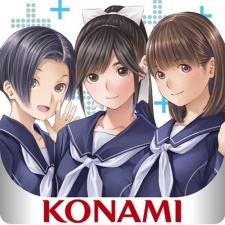 Konami has revealed that mobile dating simulator LovePlus Every will cease operations on August 5th, 2020.

After launching on October 31st 2019, Konami has opted to close the game after 10 months of being live due to "various reasons". LovePlus' microtransactions have already ended.

LovePlus Every is a free-to-play title that sees players controlling a high school student and making friends with students and others across the city. This can then turn into relationships with multiple challenges thrown the couple's way for them to overcome.

The company has, however, announced an event campaign to celebrate the game and its fans, with details to be revealed via the official website soon.

The LovePlus series first started back in 2009 on the Nintendo DS, before going on to release several sequels and a manga based on the storyline. It then made its way to mobile with LovePlus i for iOS in 2011.

LovePlus Every is still currently available to download on iOS and Android for residents in Japan.

We previously caught up with Konami senior producer Kenichi Kataoka following the two-year anniversary of Yu-Gi-Oh! Duel Links and how the game has kept fans wanting more.