The biggest stories straight out of Beijing 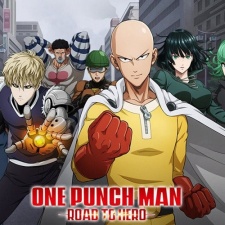 And while this usually runs on a Friday, we're a little late this time around. So welcome to Last Week in China - the same content, only a bit later than usual.

Last week, while NetEase was launching a secondary stock exchange listing in Hong Kong, its founder & CEO Ding Lei published the company's first open letter to all shareholders in 20 years, titled "Believe the power of passion".

In this letter, Ding said NetEase will mark the 20th anniversary of Nasdaq's listing in June. He used "three beliefs" to dissipate confusions and misunderstandings about NetEase's strategy, pace and boundaries in the last two decades.

Bilibili about to launch its own satellite

On June 1st, Children’s Day, streaming service provider and game publisher Bilibili uncovered its "secret present" to the youngsters through a video on its site – a commercial satellite dubbed "Bilibil Video Satellite".

It is about to be launched from Jiuquan, the space city, in late June, "By the time there will be a shocking live-streaming" as revealed in the video. And the videos and data captured by the satellite will be used in areas such as public welfare, cultural and science education.

If everything goes to plan, Bilibili will become the first company in the game industry who owns a satellite. And from the size of the satellite (172kg), it's estimated that Bilibili has already put around 40 million Yuan (6 million USD) into the project.

An app by Indian developer provokes rage among Chinese peers

An app called Remove China Apps was launched in India recently. It could detect apps by Chinese developers in users' smartphones, and uninstall these apps by one click. This app has ascended to the top spot in Indian Google Play free chart around June 1st, provoking rage among Chinese developers.

The app is developed by Indian firm OneTouch AppLabs. The developer claimd they rolled out this app in response to prime minister Narendra Modi’s address on a self-reliant India.

According to Chinese users' testing results, the app appears to be a sham, as it was only able to detect around 8 made-in-China apps out of 100. In response, Chinese game media and developers urged Google to strictly enforce its publication rules against spreading racism and hatred messages.

Most downloaded game in Taiwan 2020 Q1

The most downloaded mobile game in Taiwan 2020 Q1 is One Punch Man(一拳超人), with near one million downloads.

The game is a turn-based role-playing game, developed by Beijing based company Playcrab.

While the Chinese market is dominated by genres like role-playing and card games, 3D shooter Thrud has brought us a fresh wind.

The story takes place in the near future, where a strange organism takes the skies away and humans face impending onslaught. There is a resistance force called Thrud Legion, which is a group of young girls who have a power core implanted in their throat in Iron Man fashion and ride on brooms to shoot enemies.

It's a game in development, and had a few videos released. So far it gathered 196,807 pre-regs on Taptap and scored 9.5. Its developer, Otaku Games, is a Beijing based company which has launched several anime style action games previously.