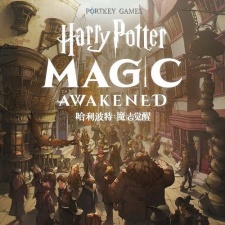 June 22nd, 2020 - 01:35pm
By
NetEase has opened sign-ups for an open beta to its upcoming game Harry Potter: Magic Awakened in China.

As reported by our sister-site PG.com, the mobile card-based RPG was initially revealed in October last year, which saw the Chinese tech firm partner with Warner Bros. and Portkey Games on the popular license.

Magic Awakened takes place several years after the second wizarding war and sees the protagonist receive a letter of acceptance to Hogwarts School Witchcraft and Wizardy before beginning their journey.

Players in China can sign up to participate in the open beta via the Harry Potter: Magic Awakened official website.

Early videos and screenshots from the title have begun to appear online, with gameplay seeming to suggest that the game will feature an energy bar system, similar to that found in Clash Royale.

No release official release date has been given as well as no details regarding a Western launch is known either.

PocketGamer.biz has reached out to NetEase for comment and further details.

Last week, NetEase once again partnered with Warner Bros. to develop a new mobile strategy game based on The Lord of the Rings franchise.

Additionally, the Chinese giant has set up a new studio dedicated to next-generation development in Tokyo.