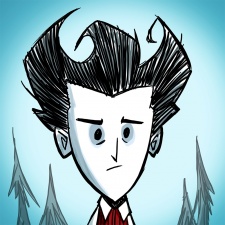 The Chinese tech giant has licensed the game from Klei Entertainment who first released Don't Starve in 2013 before the multiplayer version – Don't Starve Alone – was released three years later.

Entering a closed beta next month, Newhome will build upon the groundwork placed by its predecessor by not only having a core focus on survival but also a multiplayer focus as co-operative gameplay will make an appearance.

Furthermore, the game has experienced a redesign to equip it for a mobile audience better. It will feature faster play sessions and a personalised progression system. Naturally, it will have the crafting and survival elements found in the first game.

This isn't the only licensed game Tencent has revealed its involvement with this week. Earlier, it announced that it was working with The Pokemon Company on the upcoming MOBA Pokemon Unite.