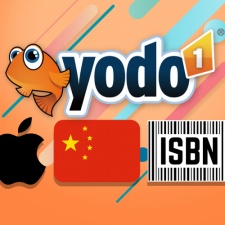 Since February 2020, developers with mobile games on China’s App Store have been following Apple updates with bated breath.

To make sense of everything that has been going on, we have summarized all new information surrounding Apple’s handling of China’s ISBN license and player ID registration requirements as it has been released. The timeline below is updated daily by Yodo1’s China publishing team.

You can also learn how to swiftly license your game with our 2020 guide to obtaining a China ISBN and subscribe to our newsletter to have timely mobile gaming industry updates delivered to your inbox.

At noon on August 1, 26,575 mobile gaming applications had been removed from the Chinese App Store. More than half of these were games with in-app purchases or IAP.

With the number of games greatly reduced, the developers and publishers who will benefit are those who have already obtained or begun the process of obtaining their ISBN. This will enable them to profit in China's diminished mobile gaming landscape.

As Chinese players remain hungry for games, they will concentrate their playing time and money on the limited number of titles that remain available to them.

Having already warned developers that the removal of paid games and those with IAP that do not have a valid ISBN will begin on August 1, 2020, Apple China will make no exceptions, even for games that are among the country’s most popular.

Based on the number of games in the top 50 that do not have a license, it is possible that more than half of the titles currently found on China’s App Store will disappear. With the number of games on the market already substantially reduced, the industry as a whole has been greatly affected.

As reported by GameLook—a leading media outlet in China’s mobile gaming industry, there are 28 titles in the top 50 paid games list that do not have an ISBN. Only seven of these top titles include the player’s ID registration system, which is now also required in China.

With the situation still unfolding, it has become clear that Apple will delist apps regardless of the publisher’s size or sway. The impact this will have on the mobile gaming industry is difficult to predict.

As reported by Chinese gaming news site Youxixinzhi, Apple China sent an email on July 8 informing all developers with mobile games on the App Store that paid titles and those containing IAP which don’t have a license will soon be delisted.

With this message, Apple China makes the ultimatum to developers official: obtain an ISBN by July 31 or be removed.

With the fated first of July passed, there is now concrete proof that Apple is enforcing China’s ISBN requirements.

Firstly, existing titles with in-app purchases won’t be able to update and will be subject to delisting.

According to GameLook, 1500 titles have already been delisted from the App Store in China—with reasons ranging from lack of a license to the absence of a player ID registration system.

June 19, 2020: Apple’s rejection of new games without an ISBN confirmed

According to a report by GameLook, Apple’s full compliance with the licensing policy of the Chinese government is confirmed. After the June 30 deadline, new mobile gaming applications without licenses will not be listed in the China App Store.

It is clear that the policy will be strictly enforced on new games. However, we are waiting for updates on how Apple will deal with titles that are already in the store. We do know that it will be a complicated issue for revenue-generating titles.

June 18, 2020: Apple China to reject any gaming apps without an ISBN from July 1

GameLook reports that, from July 2020, Apple will not be able to approve any new titles for its storefront unless they have the license China requires.

At the time of their report, PocketGamer identified 64,667 paid gaming apps on the Chinese App Store—while China had issued only 43,104 game licenses. Assuming all licenses were issued for paid mobile games, that would leave more than 21,500 titles with no ISBN.

Typically, it takes a game more than half a year to get an ISBN—after going through a rigid censoring process. This clearly doesn’t leave enough time for publishers to change their fate. Additionally, small-to-medium size developers often lack the resources to get this license.

Yodo1 helps studios of all sizes publish their titles in China. To find out what you can do for your mobile game, read our comprehensive guide to swiftly obtaining your license to publish in China.

February 23, 2020: Apple announces the risk of non-compliant games being delisted

On February 23, a message appeared on Apple’s developer back-end giving notice that an ISBN will be required for mobile games published in China’s App Store.

“Chinese law requires games to secure an approval number from the General Administration of Press and Publication of China. Accordingly, please provide this number to us by June 30, 2020, for all any paid games or games offering in-app purchases that you intend to distribute in China mainland. you can enter your game’s approval number and date below. If you have any questions, contact us.”

To stay on top of the latest developments in the global and Chinese mobile gaming industry and succeed on an international level, subscribe to our newsletter and follow Yodo1 on LinkedIn.

Yodo1 is a game platform company that helps developers better market, manage, and monetize their games. Our AI-powered tools and global expertise in areas such as mobile advertising, community management, and digital IP licensing enable partners to increase playtime, revenue, and retention. Our vision is to open the world of gaming success to anyone with the talent to develop. To learn more, visit www.yodo1.com and follow us on LinkedIn.

Mass delisting by Apple China: Over 26,000 games without ISBN removed