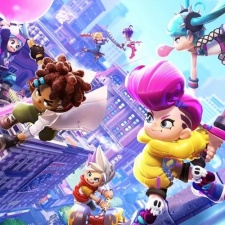 As confirmed via Twitter, the multiplayer action title will give away 100 Jala (in-game currency) to every player that logs into the game before June 16th, 2021.

The company shared the news via its website, where the milestone has been hit four months after the game was launched on June 24th, 2020.

Initially, the multiplayer title (developed by Soleil) was announced at E3 2018 and quickly found comparisons to fellow Nintendo exclusive shooter Splatoon, as the games share a similar aesthetic.

"We are happy to announce that Ninjala has achieved five million downloads worldwide," said GungHo Online.

"We wish to express our deepest gratitude to all our users for your support,"

By way of a celebration, the GungHo will offer all users a commemorative gift. In this case, it will be 100 Jala (in-game currency), which can be claimed until early January 2021.

Ninjala blasted its way to early success as it hit three million downloads in July 2020, only three weeks after release. That number then rose to four million installs in August that same year.