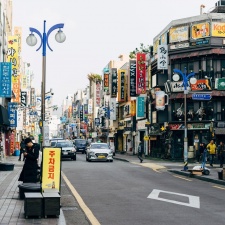 The South Korean mobile games market has witnessed an increase of approximately 15 per cent since the Covid-19 pandemic began earlier this year.

The stat was confirmed by G-STAR international promotion partner/president Don Kim in a Fireside Chat with Steel Media COO Dave Bradley at PGC Digital #4 on 'Everything You Need to Know About the World’s Fourth-Biggest Games Market (and Beyond)'.

It's estimated that there are over 28 million players in the country, with only the US, China, and Japan representing a larger portion of the industry. South Korea makes up six per cent of the whole global games market, according to Kim.

Responding to whether this specific market has been affected by the Covid-19 pandemic, Kim confirmed that similar to many other countries around the world that South Korea has been affected in a positive sense. This is due to people being locked down and playing more games from home - resulting in a growth of 15 per cent.

The South Korea games market is expected to be worth $9.8 billion by the year 2026 (via ResearchAndMarkets). You can also learn a whole lot more about the games scene in South Korea and beyond at G-STAR Online 2020 later this month.

"Free-to-play started from [South] Korea and still accounts for a very big part of the market," said Kim when speaking on the most important genres in the country.

Hypercasual and indie were both noted as seeing massive growth, outside of the traditional MMO RPG and strategy titles that have made up the market for a number of years. Candy Crush Saga, in particular, was noted for its continued popularity.

"Koreans are very adventurous in trying new games. They not only like [South] Korean or Asian games but want to try European and Western games as well," he explained.

While several Western titles have made their way over to Asia over the few years, the G-Star president did recommend that it's still wise to partner with local mobile publishers or companies such as Kakao (South Korea's alternative to Whatsapp).