PGC Digital: A look at esports in Asia

"There is a high-level investment in Asia in esports" 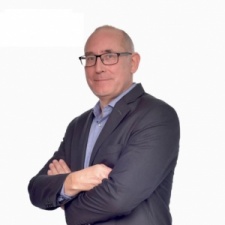 In recent years, the esports scene has gone from strength to strength. Moreover, some markets have seen more of a change than others.

As part of Pocket Gamer Connects #4, ibMedia Group CEO Frank Sliwka took to the stage to discuss the esports market in Asia.

Furthermore, at 66 per cent, the majority of revenue will come from media rights and sponsorship.

Moreover, the esports audience is expected to grow to 495 million, a rise of 11.7 per cent year-over-year. Meanwhile, Mobile esports has seen a massive spike in the past year, particularly in Asia.

The four main factors behind esports are the players, fans, content and the arena.

In 2021, with 510 million esports fans, Asia will be home to the largest esports audience worldwide. Moreover, the region has generated more than half of the global esports revenue. Mobile esports games generated $13.3 billion.

"There is a high-level investment in Asia in esports," said Sliwka.

This year, despite the problems posed by COVID-19, there was a significant increase in the viewership of esports, especially in China.

In 2016, southeast Asia boasted 9.5 million esports enthusiasts who have nearly doubled this year. It is clear to see there is a huge opportunity for competitive gaming within the region.

Interestingly, when looking at mobile games, in particular Honor of Kings, there are more female than male players.

"Publishers, for example, Tencent, have opened a venue in Singapore," said Sliwka.

Therefore, the Chinese tech giant has expanded outside of China. Moreover, in Singapore, there are social platforms such as TikTok. Looking at Riot specifically, it will aim to establish its new games, Wild Rift and Valorant, through esports and local communities.

"We have big sports media companies in Asia that are looking more and more into the opportunity of esports," said Sliwka.

"As an industry, it is creating job opportunities."