Allegedly due to being poisoned 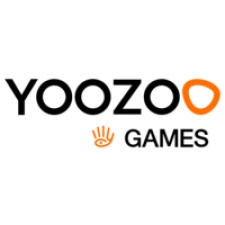 The chairman and CEO of Chinese publisher Yoozoo Games has passed away.

As reported by the BBC, Lin Qi lost his life on December 25th at 39 after having admitted himself to hospital.

Moreover, it has been alleged that Qi was poisoned by one of his colleagues. The Shanghai police are conducting an investigation into his death.

Currently, the main suspect is a colleague with the surname Xu. However, his first name has not been disclosed.

"As the founder of Yoozoo Games, Mr Lin was a visionary leader who devoted himself to the long-term success of the company," reads a company statement on Linkedin.

"No words can adequately express our respect for Mr Lin's contributions to the company. He will be greatly missed by his team. We also extend our deepest condolences to his family and friends."

On December 28th, Yoozoo's board held a meeting to determine who would act as CEO until "an appropriate and qualified successor" can be selected. For the time being, Chen Fang will serve as the chief exec while Xu Bin will head up the board.