The Orlando-based park will open in 2025 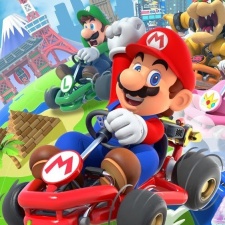 As confirmed via Twitter, the Osaka-based theme park will open later this month after facing a delay due to Japan's coronavirus situation.

However, as of Thursday, March 18th, 2021, fans can finally walk through the area that has been themed around Nintendo.

Before being delayed due to the state of emergency, Super Nintendo World was set to open on February 4th, following numerous delays last year.

Initially, the theme park should have opened last summer, but the ongoing COVID-19 pandemic put a stop to those plans.

For fans that are unable to get to Japan, there is always a virtual tour available via the Super Nintendo World website.

Meanwhile, in Florida, the Orlando-based Super Nintendo World will not open its doors until 2025.

However, as reported by CNBC, construction on Epic Universe has finally continued, the theme park that will house the Nintendo-themed attraction.

Meanwhile, speaking to Orlando Sentinel via VGC, Orange County Mayor Jerry Demings claimed Universal had pushed back the park's expected opening from 2023 to 2025.