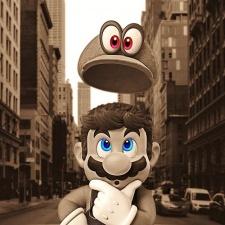 Shuntaro Furukawa is the sixth and current president of Nintendo.

Despite the lack of information about its forthcoming Super Mario movie, Nintendo is apparently looking into further animations.

As reported by US business magazine Fast Company, Nintendo president Shuntaro Furukawa spoke about the possibility of further franchises outside of the athletic plumber receiving their own projects in the form of animation.

“Animation, in general, is something that we are looking into, and not just this franchise,” he said.

Many fans have wished for some time that series like Zelda, Metroid, Donkey Kong and more would receive adaptions through different media.

Nintendo revealed in early 2018 that it was working on a Super Mario movie alongside film studio Illumination - best known for Despicable Me, Minions and The Secret Life of Pets.

The animated feature is expected to debut in cinemas sometime in 2022, with creator Shigeru Miyamoto heavily involved with the project.

"Something we really made sure to avoid was that when being engaged in this IP expansion outside of game development, that we don’t cut into the game development resources on our side," explained Furukawa regarding Nintendo's concern on venturing too far out of games.

Nintendo has a history of testing animation across its portfolio. Namely in 2014, three Pikmin animated shorts were released to Wii U eShop, before being uploaded to YouTube in October last year.

One of the most recent successes with games being adapted to the big screen was the live-action Sonic the Hedgehog movie.

Sega and Paramount Pictures' gamble lead to over $200 million gross revenue, with a sequel currently filming.

Subsequently, the Detective Pikachu film went on to capture the biggest weekend opening ever for a US video game film adaptation.