The footballer has since published an apology for his conduct 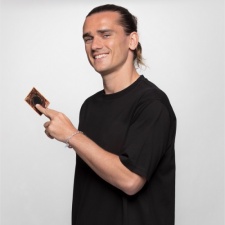 As originally reported by ESPN, the termination is due to a video from 2019 that gained public attention over the weekend. In the clip both Griezmann and fellow France star, Ousmane Dembele, are seen laughing and allegedly making racist comments towards technicians in a Japanese hotel.

Griezmann was an ambassador for the Yu-Gi-Oh game series - including Yu-Gi-Oh Duel Links, a free-to-play version of the popular card game on mobile that boasts over 90 million downloads.

“Konami Digital Entertainment believes, as is the philosophy of sports, that discrimination of any kind is unacceptable,” reads a statement from the publishers.

“We had announced Griezmann as our Yu-Gi-Oh content ambassador, however in light of recent events we have decided to cancel the contract. With regard to our PES franchise, we will be requesting FC Barcelona, as a club partner, explain the details of this case and any future action.”

Griezman responded to the public anger via his personal Twitter saying: "I have always been completely against all forms of discrimination. For the past few days, certain people have wanted to paint me as someone that I am not. I firmly refute the accusations made against me and I'm sorry if I have offended any of my Japanese friends."

As one football partnership ends, another is already in the works. Tencent has agreed on a collaboration with Tottenham Hotspur to bring Song Heung-Min into PUBG.