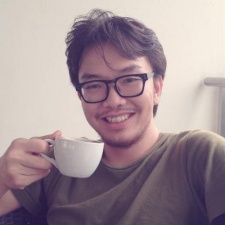 Seoharyo detailed his journey through 12 years of talent acquisition and outlined lessons learned along the way, leading him to find that game teams are more like ones you find in sports teams - not a family.

Following the successful release of the studio’s first game, Touchten expanded the team, often hiring people with little experience in the industry. They were eventually releasing one game a month with Seoharyo reflecting that there was little monetisation in this strategy.

Some of the key issues he noticed were that the team "didn’t have the guts" to say that a title had failed and that he himself failed to address underperforming team members. By not acting "quickly or decisively" to tackle these issues, initially leading the company in the wrong direction.

Restarting with a skeleton team, the studio focused on a more data-driven approach, discovering that their games maintained a majority of female players. Concentrating on this audience, the studio decided it would develop one game a year to tailor to those players, which helped them "discover their DNA."

Seoharyo’s new hiring process would be to hire top talent specialists who could cover the areas that the team are lacking, hiring more generalist staff in the future.

"You have to really consider the needs of their families, and they have to buy it as it’s very easy for them to say no to you. We had one top candidate who received an offer from somewhere else and we lost them... I definitely recommend having a few strong candidates for top talent positions."

There are tons of industry jobs out in the mobile games industry at the minute. Head on over to our roundup for a list of developers currently hiring.