The game will be released on iOS and Android in Japan 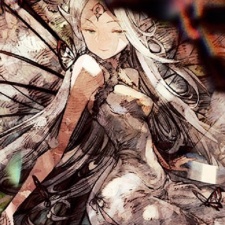 Square Enix has unveiled a new entry in the Bravely Default series that is set to debut on mobile in Japan.

The new title will be named Bravely Default: Brilliant Lights and will be coming to iOS and Android devices as a free-to-play game that includes in-app purchases. According to Famitsu, the game will have optimised the series’ combat system for smartphones.

Square Enix has been developing mobile game spin-offs and adaptations from their IP as early as 2002, with recent releases including Nier Reincarnation and Final Fantasy IX. Often Square Enix mobile titles remain Japan-only releases so it's not that surprising that this is the case with Brilliant Lights.

Currently, there is no release date confirmed for the game in Japan, while no details of an international launch have been mentioned. A closed beta test for the Android version of Brilliant Lights will begin to roll out for Japanese players only in the near future.

An official trailer was shown off by Square Enix. Check it out below:

Later this month, Square Enix is set to release Final Fantasy Pixel Remaster on mobile, which will include the first three instalments of the beloved series, with the fourth, fifth and sixth instalments due to arrive at a later date