The upcoming RPG has been in development for three years 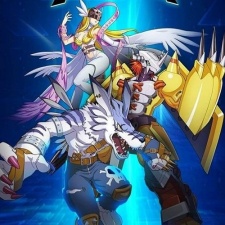 Tencent has soft-launched Digimon: New Century, a new mobile game based on the popular anime.

The upcoming free-to-play RPG is set in the Digimon universe and will follow an original storyline.

Players are tasked with collecting Digimon (or digital monsters) and using them in battle to progress throughout the original narrative. The project has been co-developed by Qixia Interactive Entertainment and Bandai Namco Entertainment Shanghai over the last three years.

Japanese animation studio Toei Animation was noted in the game's text to be helping with production, while Digimon fan-favourite singer Ayumi Miyazaki was also mentioned as being responsible for the game’s theme song.

This is the second game from the franchise to be released exclusively in China, following 2018’s Digimon Encounters. The RPG developed by Chengdu Momo Technology and also published by Bandai Namco failed to find an audience, subsequently being taken offline in November 2020.

"The game lasted three years of meticulous polishing, and the copyright owner closely participated in the planning and supervision of the whole process, striving to present the new world of Digimon that is most in line with the IP setting, original flavour, and innovative ecological gameplay," reads the app description (via Google Translate).

"While the game has an independent world view and evolutionary mechanism, it perfectly inherits the original animated classic plot, and while embarking on a new world adventure, it will take you to relive the emotion of your childhood!"

Tencent purchased the publishing rights to Digimon: New Century in May and confirmed it would distribute the game throughout China.

A closed beta stage is now in operation, taking place from August 5th and ending on September 5th, 2021. No official release date has been stated at this time.

Digimon: New Century is available to download in China on Android devices only.

Head on over to our soft launch list to check out more than 50 top games currently in soft launch, such as Apex Legends, Diablo Immortal, Tomb Raider Reloaded and more.