The decline is the worst seen in South Korea since 2004 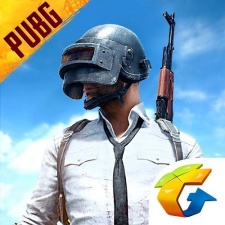 PUBG creator Krafton ended its IPO debut day with shares falling by around an estimated 20 per cent.

As reported by Reuters, the South Korean firm set the debut IPO price at ₩498,000 ($432) but initially opened trading 9.9 per cent below that price. Share prices dipped as low as 20 per cent before recovering to close the day at 8.8 per cent. At the closing price, the company was valued at $19.32 billion.

Before going public, Krafton revised its proposed listing price from ₩5.6 trillion ($5 billion) to ₩3.5 trillion ($3.09 billion) following concerns about its size. Unmistakably, the revised price was not low enough for investors.

The closing price of 8.8 per cent is the lowest seen for a South Korean IPO in 17 years.

"This was a classic case of the owners being a bit too greedy in their valuation assessment of the company. Although the IPO price range was lowered, it was not lowered enough," independent analyst Douglas Kim told Reuters.

The valuation drop is likely also connected to a state media article that was published against Tencent (Krafton's owner) last week, which resulted in $60 billion being knocked off the company's valuation. Tencent then confirmed it would look to rein in accessibility options it has implemented for minors, although with the IPO now out the damage has arguably been done already.

A second game in the PUBG series, PUBG New State, is scheduled to be released later this year.