The game will come to mobile alongside the PC release 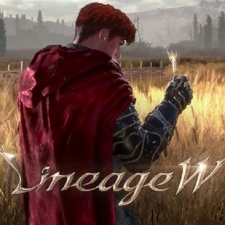 According to Siliconera, Lineage W will be similar to predecessors Lineage and Lineage 2 and will be an MMORPG. NCSoft is best known for developing MMORPGs, such as the Lineage and Guild Wars games. Unlike the other games in the series, Lineage W will launch directly on mobile alongside the PC release.

Lineage W will be the third main game in the series to arrive on the mobile platform, following Lineage M and Lineage 2: Revolution, a prequel to Lineage 2.

NCSoft’s Lineage M, a mobile version of the original 1998 MMORPG Lineage, is one of the highest-grossing mobile titles of all time, generating $3.5 billion in its lifetime. The game continues to generate a vast amount of income for the company and was the highest-earning game on Google Play for May 2021.

A website for the new game is currently operational but does not highlight gameplay features. Instead, the site showcases several promotional cinematic videos that provide some context regarding the setting and plot of the new entry to the series.

The website is currently available in four languages, Korean, Japanese, Traditional Chinese and English, hinting that the game may debut outside of South Korea.

NCSoft has scheduled a presentation for August 19th, 2021, where more details about the game are expected to be unveiled.