China version of Fortnite is being shuttered 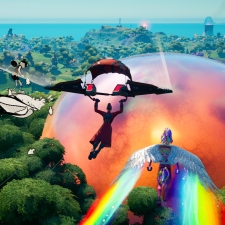 On November 15th 2021, Fortnite’s Chinese version is shutting down.

"[T]he cost of changes / operating the game / extending the license does not make sense anymore, given there is no approval for it at this point,” tweeted Daniel Ahmad, the senior analyst at Niko Partners who covers China’s game industry.

As a standalone version operated by Tencent, the game has had no in-app purchases, no blood or skulls in cosmetics, and needed to make myriad other changes to align with China’s gaming guidelines.

Technically this version of Fortnite was always a test without official approval from the Chinese government, but it has (or had) been playable for three years.

Since August especially, China has been getting stricter in regards to gaming. Anyone under 18 is limited to three hours a week, and even then there are regulations about the time of day; they can play from 20:00 to 21:00 on Friday, Saturday and Sunday.

Previously the Chinese government had been more flexible: anyone under 18 could play for 90 minutes each day, or three hours during holidays.