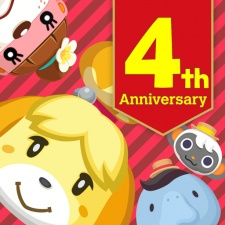 According to Sensor Tower, Pocket Camp has generated $255.7 million in consumer spending across the App Store and Google Play worldwide.

Since the game’s release in 2017, its best performing year was 2020 spurred by the success of Animal Crossing: New Horizons on the Switch and the COVID-19 pandemic.

Japan is the highest contributor to overall consumer spending on Pocket Camp, spending $172 million, or 67.3 per cent of total revenue. In second place is the US at approximately 21 per cent of worldwide spending, and thirdly South Korea with 1.8 per cent.

The App Store accounts for the majority of Pocket Camp’s revenue at 61 per cent, whereas Google Play accounts for approximately $100 million, or 39 per cent.

Concerning downloads, to date Pocket Camp has been downloaded 61.8 million times worldwide. The US accounts for a third of the overall downloads at 20.4 per cent, followed by Japan at 7.8 per cent and France at 6.3 per cent.

The App Store shares the majority of downloads of Pocket Camp at 54 per cent, with Google Play making up the remaining 46 per cent.

Hot on the heels of Pocket Camp is Mario Kart Tour, which has generated $243.7 million since its launch in September 2019.

Nintendo recently closed its offices in California and Toronto, marking the company’s largest layoff since 2014.