$6 million prize pool up for grabs 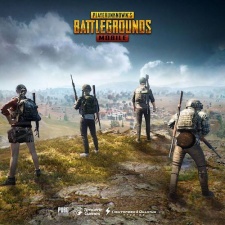 The PUBG Mobile Global Championships 2021 (PMGC) kicks off on November 30th, with a total prize pool of $6 million up for grabs.

PMGC is the largest mobile esports tournament and includes participation from over over 30 countries worldwide.

The tournament will begin with the PMGC League stage on November 30th, where 40 teams have been split between PMGC East and PMGC West.

The 16 teams with the most championship points will qualify for the PMGC East and PMGC West league finals from December 22nd to December 24th.

The top 16 teams from each division, nine from PMGC East and six from PMGC West, along with an invited guest team from India, will then collide at the grand finals, in which one team will be declared the winner.

The grand finals will be held from January 21st through January 23rd, 2022.

PUBG Mobile has partnered with YouTube for PMGC with the entire event being broadcast on the official PUBG Mobile esports channel, alongside 18 local channels.