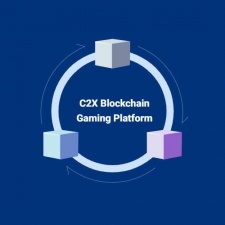 In addition to exchanging in-game items for tokens, or tokens for in-game goods, users will be able to create their own NFTs on the platform.

Currently, three titles are planned to be integrated into the platform in 2022, including Chromatic Soul: AFK Raid, Summoners War: Chronicles, and the upcoming World of Zenonia.

The firm has confirmed that it is currently developing several additional blockchain games, including Project MR, The Great Merchant, Kritika Online, Project Alchemist, and Baseball Superstars.

Com2uS Holdings has stated that the number of games to join its C2X blockchain platform will increase "exponentially" in the upcoming months, beginning in Q1 2022.

The new site, which provides information on new and upcoming games to the platform, can be accessed here.

Yesterday, French hypercasual studio Voodoo announced that it will invest $200 million in blockchain studios with the goal of bringing blockchain games to casual mobile users.