Nexon Now to be implemented in all upcoming games 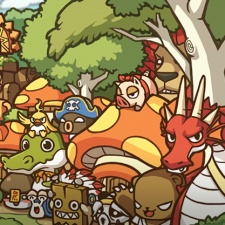 In a statement from the MapleStory team, Nexon commented: "Nexon Now’s actual rates will be updated every hour, and the updated data is data from two hours before the update time.

"Since there is a lot of data created every second which takes time to collect, calculate, and distribute, we ask for our understanding that there is an inevitable time difference."

However, users on the MapleStory fansite, Orange Mushroom, have challenged the accuracy of Nexon Now’s calculations, stating that MapleStory’s gacha calculations are weighted according to the number of pulls, which may not be taken into account in Nexon Now's analysis.

Last week, Nexon revealed that it is merging two of its subsidiaries, Nat Games and Nexon GT, to form Nexon Games, a development studio that will focus on creating games for mobile, consoles and PC.