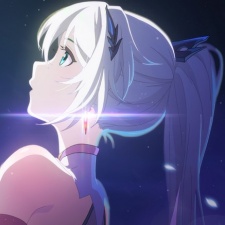 The nuclear fusion company is aiming to lower carbon emissions by making Tokamak devices and operational control systems. It intends to use the funds to research and develop the first small Tokamak experimental device with advanced magnet systems and materials that serve as high-temperature superconductors.

The goal of Energy Singularity is, according to a tweet by Niko Partners senior analyst Daniel Ahmad, to primarily use these funds to build "its own Tokamak device by 2024".

MiHoYo, the developer of Genshin Impact, has led a $65m funding round in Shanghai based Energy Singularity which is a company involved in nuclear fusion technology, tokamak devices and operational control systems.

The company plans to build its own Tokamak device by 2024. pic.twitter.com/Aw4BSTHFjg

Founded in 2021, The Energy Singularity team is also comprised of individuals from Stanford University, Peking University, and more.

MiHoYo recently revealed the launch of its new international cross-media brand, HoYoverse, as a reflection of its commitment to providing immersive experiences.