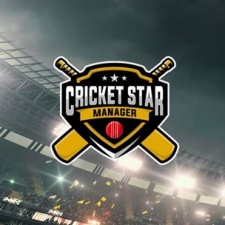 Working together with CS Games, the companies are aiming to create a game with roots in play-to-earn so that players can monetise gameplay and drive real-world revenue. Cricket Star Manager has been inspired by existing sports simulation titles as well as play-to-earn games.

"Sports manager games have been a staple part of the gaming industry for over three decades and we’re excited to join forces with Gold Town Games on a title that we feel has incredible global potential," said Vorto Gaming CEO Kris Vaivods.

Cricket Star Manager head of product Lars Alin commented: "The IPL, Big Bash and The Hundred have created a new look for cricket, one that champions franchises and ownership models that have turned sports teams into globally recognisable brands. We’re democratising that and giving everyone in the cricket community the opportunity to earn money from the sport they love."

Due to the popularity of cricket in South Asia, the companies involved expect to see players in this area benefit the most from the play-to-earn model. One goal of Cricket Star Manager is for it to grow into one of the top 10 sources of income by 2023 for people South Asia.

On Twitter, Cricket Star Manager has announced a release window: "on track for release in Q3 2022".