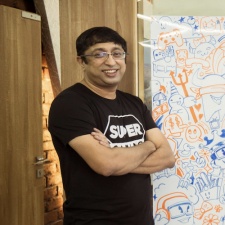 Indian midcore developer SuperGaming has launched a new studio in Pune, India, as its team continues to expand.

The new studio has been established to support the development of the firm’s upcoming battle royale, Indus, as well as to house its growing team.

SuperGaming has stated that the new studio will be used to support its in-house tech capabilities, such as motion capture for the new title.

This is the company’s second studio alongside its headquarters which is also located in Pune. In addition to its offices, SuperGaming has multiple employees operating remotely across India, as well as Singapore.

SuperGaming has said that the new studio has been "uniquely crafted" to allow creativity to "flourish", including life-size props and artwork from the upcoming game.

"Indus is our most ambitious game to date," said SuperGaming co-founder and CEO Roby John.

"And while we’ve been growing our skillset to match our vision for the game, we’ve also been hiring extensively for it, so much so that we were running out of space to host all teams comfortably. With that in mind we decided to move Indus development over to a brand new studio."

We recently spoke with John about the development of Indus and how the studio has blended battle royale elements with Indo-futurism.

As well as its upcoming battle royale, SuperGaming is also working on the development of its first Web3 game, and recently appointed Siddharth Menon as its blockchain advisor.

Last month, Miniclip established a new office in Lisbon, Portugal, to support its growing operations in the country and to enter the growing mobile games industry presence in the city.