Anuj Tandon, previously Head of Corporate Development for India and MENA with Krafton, has been brought on as CEO of Gaming at Jetsynthesys 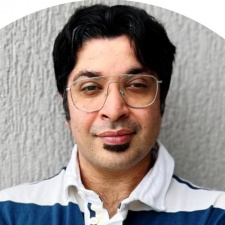 The former head of Corporate Development at Krafton for the Indian and MENA (Middle-East and North Africa) regions, Anuj Tandon, has officially come aboard at Jetsynthesys as their new CEO of Gaming.

The digital gaming and technology company already has a prominent presence in the Indian mobile gaming market, via series such as Real Cricket and collaborations with celebrities such as famed cricketer Sachin Tendulkar.

Tandon's hire comes at a time when the Indian mobile and gaming market in general is rapidly growing. In combination with a forecasted decline of the Chinese mobile market, currently the largest in the world, India is set to take the stage as the new world leader in gaming on the go. It seems as if Jetsynthesys knows this, and is aiming to bring on veteran talent to prepare the company for the big boost to come.

Tandon indicated as much, stating, “I truly believe we are on the cusp of the most transformative period for the gaming industry in India and have a once in a generation opportunity to build quality video gaming organisation from India.”

Jetsynthesys boasts of their increasing catalogue of games in their release, and their ventures into esports. In an increasingly digitised world, India is growing its use of smartphones and internet access rapidly. Indian media companies such as QYOU have also pursued esports and broadcasting in conjunction with traditional media, the aforementioned having added the QGameX channel to their digital television package earlier this year.

The addition of a former senior manager from Krafton is also a good indicator that Jetsynthesys is seeking out those experienced with rapidly growing markets. We reported earlier on Tandon's exit from Krafton, and how it signalled bad times for that company as well. More than anything, it could indicate that homegrown talent and domestic development will be a cornerstone of the future gaming market in India. Especially with increased restrictions on games from China, India’s biggest rival, in the country due to data privacy concerns.

Companies such as Krafton, which staked their business in transferring usually popular and successful international games developed by Chinese companies, continue to face difficulty, whilst Jetsynthesys can capitalise on a brain drain from these companies in securing their own homegrown team. Already having investment and partnership with both domestic and international franchises (Jetsynthesys have collaborated with WWE on a small-scale mobile kart racer) may also be a sign of the winds changing in mobile significantly in Asia.

Mobile Gaming in India grows with 5G and smartphone adoption