NetEase is continuing its expansion beyond mobile platforms 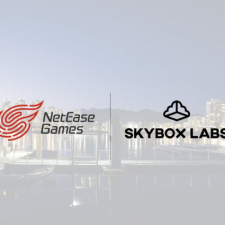 Chinese gaming giant NetEase has announced the acquisition of Canadian studio Skybox Labs, which has previously worked with some of the world’s top publishers such as Electronic Arts and Wizards of the Coast.

Following the acquisition, Skybox Labs will continue to operate independently, working closely with existing and new partners, under the leadership of co-founders Shyang King, Derek MacNeil, and Steven Silvester.

“Over the last decade, we’ve had the pleasure to work on beloved games such as Halo Infinite, Minecraft, and Fallout 76,” said Shyang Kong. “We remain committed to growing our presence in Canada, supporting our current and future partners, and co-developing more AAA games for some of the biggest game studios around the world. We have built a team of talented individuals who are passionate and creative, and by joining NetEase Games, we will also be able to accelerate our plans to pursue new creative opportunities, and enjoy access to world-class operational resources and the full breadth and depth of NetEase’s services so we can scale faster in Canada.”

"We are thrilled to welcome SkyBox Labs to the NetEase Games family and are committed to creating an environment that allows them to thrive and operate independently as a game studio,” said NetEase Games president of global investment and partnerships Simon Zhu.

“We were impressed with their extensive experience in game development and are great admirers of their past work on some of the world's leading franchises. We look forward to working with the SkyBox Labs co-founders and providing the resources needed to help them grow their presence in Canada as they continue to support top creators around the world in developing unforgettable gaming experiences for players."

A shift in focus?

Despite being one of the biggest names in mobile gaming, NetEase has been making significant inroads into the AAA console and PC games spaces in recent years, having acquired French developer Quantic Dream in August 2022.

Recent regulatory changes in China have struck a blow to the country’s mobile gaming market, and Sony and Microsoft have attempted to attract game makers with investments and partnerships. It appears that NetEase are following this lead, increasing its market reach and diversifying its portfolio.

While mobile gaming remains the most profitable sector of the gaming market, the fact remains that console and PC also represent significant revenue potential, and some of the most successful game makers of all time are best known for AAA releases. Similarly, consoles have seen significant growth in China in recent years, with the country currently representing the PS5’s sixth biggest market worldwide. As such, an increased focus on other gaming platforms doesn’t only represent greater earning potential worldwide, but could help NetEase weather the current regulatory storm.

We listed NetEase as the top mobile game maker of 2022.