Kelvin Koh give us the lowdown 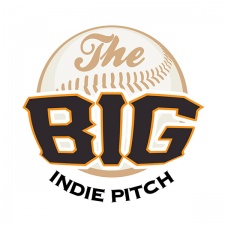 We've been making games for about one and a half years..

What sort of games do you focus on?

So far, we're focused on role-playing games, mainly on the mobile platform.

Introduce us to your game. How did it come about and what makes it stand out?

We wanted to make RPG battles easy to learn but difficult to master, less automated and more interactive and fun. Thus, the focus on making battles more tactical with the tic-tac-toe mechanic for chain skills while retaining the ability to learn and use both basic and more advance combo skills too.

Each monster in your party can learn up to 7 skills (over 300 skills overall for all monsters) and you can combine monsters to inherit skills from one another, making the game highly customisable.

We want to make RPG battles easy to learn but difficult to master: less automated and more interactive and fun.

This mixing and matching to optimise and form the best team is akin to the strategic depth that deck-building games provide.

This gives you a sense of an in-depth gameplay that goes beyond just the battles, making the game feel more competitive too.

It was a fast paced exciting experience. Before the event, the information sent by Pocket Gamer helped me with what to expect and what to prepare. I prepared a pitch that is short and succinct and ensure that my build of the game could be showcased and played within the 4 mins. T

hough there was not enough time for feedback, I appreciate that the follow up email which provided more in-depth feedback and praise which helps to boost my team's morale back home.

The proactivity of the PR team from Pocket Gamer's various sites like appyspy.com and others in engaging the developers to ask and potentially feature our games is a bonus and will definitely help us when our game launches to gain some press traction.

Overall, I found the event well organised and well executed and am so grateful for it. Hope to attend it next year.

We want to create the best games that we can that are not just innovative in terms of mechanics and fun but also go beyond entertainment, inspiring people to live better, think better and be better in life.

Providing both happiness and growth for people.

You can find our more about what Delta Duck Studios gets up to via its website.