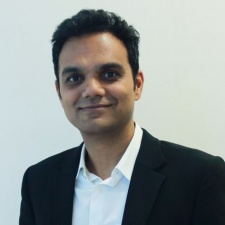 Playing the best Android games on your TV, with your smartphone serving as your control pad: that's the mission for 18th Parallel.

Based in Pune, India, the startup's flagship product is Cannonball Arcade, an Android console gaming software platform and managed service for TV operators. At its heart is a carefully curated library of Android games and an adaptive software gamepad platform.

18th Parallel already working for Airtel Digital TV (a national-level satellite TV operator in India) where the service is live, and now five other operators have signed up. The team is working with Vuclip across India and South-East Asia, and iscurrently talking to Western European partners. It has over 50 content partners and a catalogue of some 125 top games.

Co-founder and CEO Nishith Shah attended both Gamescom and PG Connects Helsinki this summer, where he explained how their software works.

Tech embedded in the set-top box OS allows existing Android mobile games to be played as console games - even those designed to be played via touch, tilt or swipe. This enables developers to make their games available to Cannonball Arcade with no porting effort.

Meanwhile, a mobile companion app for iOS and Android smartphones means consumers can skip the purchase of a physical gamepad.

The mobile companion app connects over Bluetooth to the set-top-box and serves as a context-aware smart gamepad. Buttons are large and ergonomically designed to facilitate heads-up gaming. The buttons are custom generated for each game (accelerator and brake when a racing game is launched, shoot button when a shooting game is launched, and so on).

We had the chance for an in-depth interview with Nishith Shah, and here's our three part guide to 18th Parallel's plans for the Cannonball Arcade platform.

6 things we learned about India's games industry at PGC Bangalore