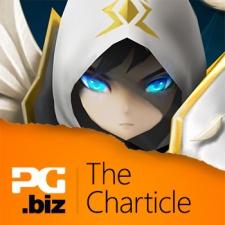 The industry is full of western developers trying to figure out how to conquer the lucrative eastern markets.

Of course, that's no bad thing, and as the Asian mobile markets continue to boom, it's easy to see why developers want a slice of that cash-filled pie.

It's also extremely easy to forget that, contrary to what some might believe, Asian developers aren't handed eastern success on a silver platter.

As our very own PocketGamer.biz editor-in-chief recently found out, the Chinese market is always in flux, and as a result, it's a place where mobile empires can rise and fall in the space of a few months.

Danger and reward, however, are rarely far apart, which is why this week we'll be looking at Com2uS' latest effort, Summoners War: Sky Arena, to find out if the South Korean publisher has managed to conjour up a hit, or summon a monster.

As you'd expect, Summoner War's  best performances have been in its homeland of South Korea.

On the South Korean top grossing charts for iPhone and iPad the game has been a constant top 10 presence since launching in April 2014.

Even though it hasn't quite reached the summit of the iPhone top grossing charts, it has managed to become #1 game on iPad.

Summoner War's  showing on the South Korean Google Play top grossing charts wasn't quite as impressive as its iOS counterpart. This is probably because Android is a much more important platform in Korea, so there's more competition.

However, the game does look extremely comfortable inside the top 50, and has very recently managed to break into the top 10, peaking at #8.

In the other key Asian markets, fortune continued to favour Summoners War with the game climbing into the top 50 with ease on both the iPhone and iPad top grossing charts in Japan and China.

While the game was undoubtedly more consistent on iPhone - where it peaked at #8 in China, and #19 in Japan - its display on the Chinese top grossing chart for iPad, which saw it burst into the top 10, and peaking at #3, was undoubtedly the pick of the bunch.

The game did well enough on the Japanese top grossing chart, peaking at #25 and claiming a place within the top 30. It doesn't feature on Google Play in China as the store is effectively banned in the region.

Summoner War's  Western performance is something of an enigma, with the game failing to launch on iOS, while simultaneously flying high on Google Play.

On the top grossing chart for iPhone, Summoners War has barely managed to break into the top 100, and while it did recently start to gather momentum in the US, where it peaked at #40, it's still gasping for air in regions such as the UK and Russia.

With the game languashing on iOS, Com2uS will be pleased to see that Summoners War is thriving on Google Play.

On our Western top grossing chart - which looks at performances in the US, Russia, and the UK - Summoners War  hasn't stopped climbing since it entered the chart.

It currently sits inside the top 20 in all three regions, and even if a push for the top spot isn't quite on the cards, don't expect the game to start slowing down any time soon.

Indeed, in Com2uS' most recent financials, it posted net profit up 1,225 percent to $13.5 million, in part to the ongoing sucess of Summoners War.