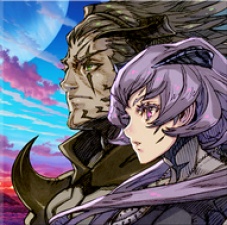 Mistwalker's free-to-play RPG Terra Battle, designed by Final Fantasy creator Hironobu Sakaguchi, has been making the headlines for all the right reasons recently.

The game has been available for just over a month, but has already been downloaded more than 1 million times.

Of course, downloads don't necessarily mean the game has been raking in the cash, which is why, in this week's Charticle, we'll be focusing on the title's performances on the iPhone and Google Play top grossing charts.

On the US top grossing chart for iPhone, Terra Battle has only flirted with success. After launching the game quickly rose into the top 150, peaking at #111.

Unfortunately, the game couldn't capitalise on that promising start, and has rarely troubled the top #200 in its first month on the chart.

But on the Google Play US top grossing charts, things are better.

The game quickly entered the top 100 upon launch, peaking at #83, and even though it couldn't quite find a permanent position in the promised land, it hasn't strayed far.

Terra Battle's showing on the European iPhone charts - which, due to a lack of data from Italy, this week look at France, Germany, Spain, and the UK - is mixed.

The game has flourished in France: peaking at #22 after nailing down a position inside the top 100.

It has also been flying high in Spain and the UK, where it rose to #14 and #59 respectively, although performances in those regions lack any sort of stability.

In Germany the game has largely been anonymous, and only just manged to scrape into the top 250.

Once again, it's a simpler situation on the Google Play top grossing charts, with the game looking stable in the top 250 in all 4 regions.

Like its iOS counterpart, Terra Battle has found fame and fortune in France and Spain.

Mistwalker's title looks comfortable inside the top 100 in both of those countries, and peak positions of #23 in France, and #46 in Spain are a testament to that success.

In a change of pace, our final charts this week will focus on Canada and Japan - which I fondly refer to as Japanada - because, these are other countries where the game has been released; it's not globally available yet.

In Canada, the game has failed to find an audience on iPhone - falling out of the top 250 days after launch.

But in Japan, Terra Battle shot straight into the top 50 and hasn't fallen out since. Now that it's found its feet, the game, which peaked at #13, will now surely be gunning for a spot in the top 10.

As you're all now surely expecting, Terra Battle does indeed make amends for its poor Canadian performance on iPhone when it comes to the Google Play top grossing charts.

This time the game flourished in Canada, cementing a place in the top 100 with ease, and peaking at #36.

It's a similar story in Japan as well, where Terra Battle has again spent all of its days inside the Google Play top 50, peaking #20.