Chart of the Week: How Android's mobile app revenues are killing iOS in China

As smartphone adoption has taken off in the country, it's been Android that's seen the hockey stick growth.

And despite the absence of Google Play as a market place, it's also Android that been driving Chinese revenues when it comes to mobile games.

According to key publisher, developer and tools outfit CocoaChina, the various flavours of Android store - split between the powerful carriers and a range of other aggregators - account for 80 percent of the market. 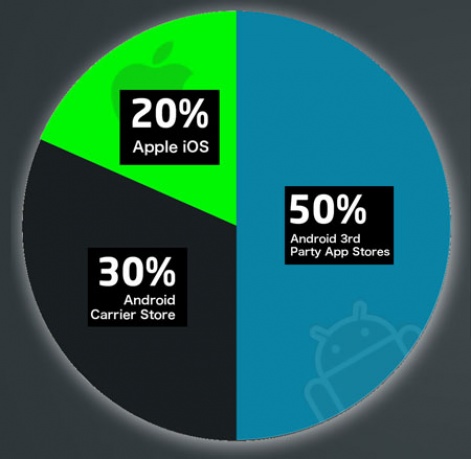 And there is some good news for Apple fans, too.

Despite its lower growth and install base, thanks to the higher worth of iOS owners, the top games on the platform should be making more than $3 million a month in China.