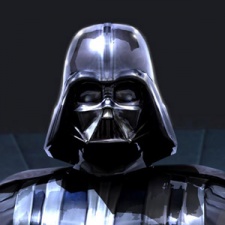 I'm still in the early stages of Disney-owned LucasArts' Star Wars: Commander, and am yet to be convinced it's more than a Clash of the Clone Wars...

But a neat infographic tells us that the game, which was released on iOS almost three weeks ago, has gained five million players.

Decent numbers, but what anyone really wants to know is, what's the breakdown of players on the Rebel side compared to those fighting for the Empire?

The power of selection

Of course, it would be tempting to make some big geopolitical arguments about the results, but perhaps it's better to just cut to the chase.

In total, the Empire is slightly ahead of the Rebels globally with 52 percent of players picking to play that side. After all, who would miss out on the opportunity to control AT-ATs?

Russia is one of the most pro-Empire territories with almost 58 percent of players picking the Dark Side, while Mongolia and Kazakhstan are even more Empiric.

Austria, Germany, the US and Japan are also on that side of the dividing line (shown in blue), while UK and Australian players are split almost 50:50.

Sticking with Han Solo, we have the rest of the EU5 - France, Italy and Spain, while South Americans and Africa are the most Rebel-lious countries.

Chile and Peru act as ying to Russia's yang with over 57 percent and 62 percent of players respectively picking the Rebel side.

Note, the game's not yet been released in China.

But before we go, let's not forget the screenshot that we've all been sharing on social media. Funny? Not quite...