Body-mounted wearables are attracting the most VC investment 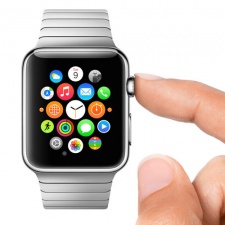 Venture capitalist Matt Witheiler, general partner at Flybridge Capital Partners, has been sharing his thoughts on funding data within the wearable tech realm; a sector that received a shot in the arm with the announcement of the Apple Watch.

Crowdfunding figures are always going under the microscope, but Withelier has been combining data from the likes of Kickstarter and IndieGoGo with money that's been raised by products and brands post-campaign from more traditional investors.

The result, he says, is 'leverage,' and it's wearable technology that seems to have the most.

This leverage is calculated by comparing the amount a product raises via crowdfunding relative to how much investors then put into them afterwards. Or, how many dollars an investor puts in for every crowdfunded dollar.

Of the various crowdfunding categories, wearable tech came in second place to entertainment (gaming, music and such), and the crowd pledged a fairly even split between head-mounted wearables, wrist-mounted, and body-mounted.

No huge surprises there, given the known popularity of smartwatches, virtual reality headsets and systems such as motion capture or technology-equipped clothing.

But when this investment leverage is applied, the capital landscape changes shape.

For example, for every dollar the crowd ploughed into smartwatches, venture capitalists added around the same amount. One dollar.

Around three investment dollars were put on top of the crowd's note for head-mounted hardware and virtual reality.

Yet VCs dropped a whopping $10 for every $1 of crowdfunding money pledged to body-mounted wearable tech, suggesting the money men see a bright future for a sector that the crowd isn't (yet) paying particular attention to.

(To be clear, the red dots on the graph show the percentage of crowdfunded projects that get additional VC funding.)

On a broader level, the data also shows that the entire technology sector - both crowdfunded and venture capitilists - are excited about the future of wearable tech, and that future is just around the corner.