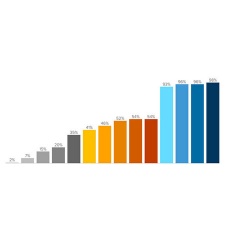 According to the company's polling of the "top 100 top grossing app developers", who averaged a $1 million monthly spend, video advertising ranks most popular with 98 percent of developers using the technique to buy users.

That said, 96 percent of developers also use interstitial ads and Facebook, while 93 percent also use display advertising so it's not as if video advertising is the only option.

When it comes to developers assigning effectiveness - aka return on investment - to their advertising, video advertising again ranks #1.

Facebook ranks second, with interstitial display advertising (a different category to interstitial or display we assume), in a distant third place.

But the most interesting of the graphs AdColony had produce is its Channel Excitement graph.

Sadly it doesn't go down the route of defining units of excitements (whether High Fives! or Awesomes! - it's clearly a digital measure), nevertheless when 50 percent of the top 100 app developers spend their money on video advertising, they are psyched by the experience.

Only 21.7 percent of them are similarly moved by spending money on social channels.

Monetisation flexibility with ads that fit