I'm a mobile developer that isn't making mobile games, and here's why

Russ Clarke on why mobile devs are jumping ship 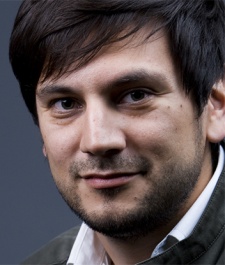 If you hadn't noticed, GDC rolled into San Francisco again last week, and it was once more unto the Moscone Center, dear developers!

This year I took to the city by the Bay to promote my startup West London Games, showing new IP TerraTech.

A quick plug: check out the game at www.TerraTechGame.com and tweet me or @NatLGPressSpace if you want to see the demo. Or, even better, come and see us in the Leftfield Collection at Rezzed in Birmingham this coming weekend.

With that said, I'll turn to a question I've been asked more than once recently and expect to hear several times this week: "you're a mobile developer, why aren't you making a mobile game?"

It's a valid question. Before leaving in late 2012 to do my own thing, I was creative director at London's Ideaworks Game Studio, the team that made the Call of Duty: Zombies series, and co-developed Backbreaker Football with NaturalMotion (to name but two).

WLG's design lead Kris Skellorn made Hungry Shark at Future Games of London as well as its new IP Little Raiders, which soft-launched just before Christmas. We have a great pedigree in mobile, so why focus on other platforms?

The answer will be all too familiar to anyone working in mobile: discovery.

We all know by now, you can't just push an app to the store and expect it to rise to the top on sheer awesomeness alone. Last week at GDC, many hours of conference sessions, masterclasses and free-beer-fuelled ranting were devoted to that problem.

The subject of how to make it in mobile often devolves into a debate about the best revenue model. I think that's a red herring, so let's get it out of the way:

Free-to-play is often touted as the best way to find an audience. It makes sense that a free app gets more downloads, but we need to remember that, done properly, a free game is a more sophisticated and expensive product to launch.

Wherever you stand in the endless debate over F2P, there are some generally accepted factors that you have to incorporate to have a hope of success. Deeply integrated analytics, a back end framework and analysts to mine the data all come top of the list.

A commitment to ongoing development, with content lined up for release post launch is also a must.

A soft-launch period allows you to tune your product in a small market segment, but delays revenue from the main launch, which is delayed further because lifetime value, ipso facto, is spread over time.

There's plenty more to it as PocketGamer.biz readers will know very well, but my point is that, even before UA costs (and the scary question of whether they now exceed LTVs), we have a more complex product, with a delayed return. A lean startup needs the opposite: a simple, minimally-scoped product that generates a return quickly, on a small upfront cost.

Most independent startups, like my outfit, are shooting for stability and sustainability first - there's no use in designing the next F2P mega-hit if you can't afford to make, promote and support it while you wait for players to monetise.

But what about premium? Critics of F2P are quick to point out successful paid games. Indeed, let's name a few: Minecraft: Pocket Edition, Ridiculous Fishing, The Room, Bastion, Angry Birds, Temple Run, and Cut the Rope.

Some of these amassed success years ago, when the competition was orders of magnitude less. Some made their names elsewhere, then used that brand power to enter the mobile market. In some cases the team themselves had a strong brand. with an existing audience on and off mobile.

Only The Room demonstrates a hitherto unknown studio creating an original IP, which grew organically to overcome competition similar to present levels and succeed commercially.

All credit to Fireproof Games - it thoroughly deserves its success - but I don't consider The Room a great endorsement of the premium model.

(Okay, so I hand-picked that list to make my point, but there are genuinely very few examples of premium games that succeed this way.)

Paid download games may be more straightforward to make, but they suffer from the same problem of discovery: 4,000 games per month are released on the App Store, and the total of live apps is well above a million. Without thousands to spend on advertising, or a strong existing audience to tap, the chances of success are frankly terrible.

That's why, for a new startup like mine, the F2P versus premium debate is largely irrelevant. Despite all our experience in mobile, our track record of #1 titles, and the positive reactions our demo garners from platform owners and publishers, not to mention gamers, we don't have a way to overcome the incredible competition in mobile.

There's no brand value yet, either in the IP or in the studio itself, and we don't have an existing audience to trade with other developers via cross-promotion.

Staking it all on a moon-shot is not a rational strategy.

Our solution? We're not giving up on mobile, but we need to come at it from another direction.

Taking inspiration from some of those successful titles named above, we seek to build our brand elsewhere.

We'll pick a launch platform with less contention for eyeballs. We'll focus on building a strong community, perhaps with an early-access-style open beta, where players can help us tune the game. We'll stay flexible, using platform-agnostic tools and techniques so that we can respond to market shifts and opportunities.

When the time is right and we have built a brand with its own value, we'll come back to mobile.

We're not the only mobile developers thinking that way - in fact former Fishlabs CEO Michael Schade recently described how his new startup, Rockfish, came to a similar conclusion about entering the mobile market. I expect we will hear more of this from startups and indies who aren't prepared to stake their hopes on a huge bet.

Ultimately, it's bad for mobile if new entrants choose to go elsewhere. Hopefully the ecosystem owners are awake to this and working to improve the situation. But if you want to see TerraTech on mobile, the more interest we get, the sooner we're likely to do it, so please let us know!

Russ Clarke is the founder of West London Games.