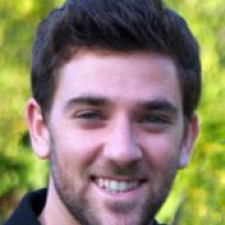 There is no shortage of advice on how to build a great game. However, with millions of apps vying for attention, all of that hard work will go to waste if no one sees it in the app stores.

Therefore, effective user acquisition strategies are a critical part of your app's success.

Developers typically need to use a myriad of methods to acquire users. If effectively targeted, paid acquisition through networks like AdMob, Greystripe and Facebook can be a dependable source.

Savvy developers will also use rewarded install campaigns as a way to draw users to their apps. By providing a reward in return for installing, these campaigns will bring in a significant volume of new customers.

Unfortunately, poor execution in the early days of incentivized installs has created prejudice about the quality of reward-based campaigns.

Burst campaigns run by bots have made developers dismissive about the approach. In reality, when done right, reward-based campaigns can be a consistent source of quality new users.

We would like to debunk a few of the common misconceptions. When looking into ward-based acquisition campaigns, we suggest keeping the following in mind:

The direct response advertising adage is, "there is no such thing as a bad lead, there just are badly priced leads."

Determining the appropriate price for a lead can be a complex interplay between many factors including: traffic source, seasonality, and competition. Our suggestion is simple: start slow! Start at a low CPI price and adjust upward if quality is acceptable.

Burst campaigns are not the full picture. Instead, reward campaigns can be a sustainable channel that drives high quality new users to your app if you are willing to test and optimize as you go.

Combining your data with your acquisition partner's demographic and genre targeting, should find you the right customers effectively.

3. It's not just about the incentive

Users put up with advertising everywhere; from television, to the internet, to their mobile devices. Rewards merely give a user a reason to try your game ... but your content is what keeps them engaged.

The key is in providing the right incentive. Work with your reward-based partners to make sure your ad is seen by users who play your genre of game.

4. Reward users can be retained

The right reward-based campaign helps you reach highly engaged players who are active gamers in your genre. When targeted appropriately, these users should display similar highly engaged behavior with your game.

Reward-based users can be encourage to complete certain actions and reaching defined milestones that matter to you, such as reaching a new level or sharing the experience with friends. This increases quality and enables you to ensure users are engaged before paying for that customer.

Why developers should be riding the rocket-trails of reward video

Should developers be using offerwalls? TrialPay fights its corner