How we successfully monetise around Snail Bob's cliffhanger moments 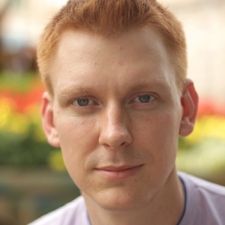 Andrey Kovalishin is the founder of Hunter Hamster Studios.

Snail Bob  is our flagship franchise and we have been lucky enough to have been afforded the time and capability to make many iterations of it.

These are now available as web games, native apps and, more recently, as HTML5 games.

The web and HTML5 games have seen great support from our publisher Spil Games and our genuinely loyal fans. We feel very proud that so many people like and play our games, really spurring us on to grow our brand.

When we set out to make the first Snail Bob  game on Flash, there was no real plan, we just had, what we thought, was a great idea and let our creativity flow.

As it has turned out our free flowing creativity and ideas have captivated our players.

This has been fantastic for us and has really inspired us to grow our franchise and go on to develop the series in various formats; wanting to ensure our players can play our games anywhere on any device.

The HTML5 development process has been well supported by Spil Games, who boast huge web audience numbers, meaning our games have been played and enjoyed - and continue to be - by many, many people through their platforms.

So, after many iterations and some successful years of Snail Bob  web titles we, like many indie developers, decided to enter the app store space and developed a native mobile version.

Our offering was successful. However, in terms of revenue generation, this arena is dominated by the major players; such as King. It is not easy to compete with such companies and the levels of traffic and revenue they command.

Like a lot of indie developers, our web and HTML5 games have generated revenue through the licence sales to our publishing partner. Yet this single revenue per title does not allow us the ability to generate an ongoing monthly income from our games and this is the negative side for indie developers who make web games.

We were approached by Spil Games at the end of 2013 with a request to be a part of a beta test they were doing for a new business model to generate monthly income for developers.

The claims they made were quite bold and, although our relationship with them has been a great one so far, we were naturally sceptical.

They claimed, after a great deal of research, the Spil Games Platform was a new model designed to generate additional revenue for developers using a very simple format, and little additional coding work from our side - just a few lines of code.

The idea was to integrate 30-second video adverts within our games, each of which would allows us the opportunity to generate revenue per view within the gameplay sessions.

At the right time

I am no advertising expert but Spil Games presented me with some compelling facts surrounding the changing face of advertising.

Firstly that advertisers are increasingly moving their traditional TV spends to the online space - a space where a mass, captive audience now resides. (This we know to be true as we have witnessed player numbers of our own web games soar.)

Secondly; that advertisers are focusing on using 30-second video ads as the vehicle for promoting their brands.

We were presented these facts along with the notion that these 30-second video ads require long form content, with engaged users to be efficient - something web games have proven to provide.

The beta, we were told, would run for a few months and would allow us to see, feel and appreciate the benefits of being part of the program.

I was, of course, cautious; we have spent years building up a loyal fan base so to suddenly present them with inescapable advertising within our games worried me. Would they get upset by it, would they log off, would they go elsewhere for content?

All big questions and possible risks.

But after voicing our concerns, we quickly understood the methodology of the ad placements.

Spil Games understands that when a natural break in a game comes along; between levels for example, gamers are generally in a positive mood, engaged and, they claimed, more receptive to advertising. They called these "cliffhanger moments".

Using analytics and examining player behaviour we established where in our games these cliffhanger moments appeared. We recognised that between levels natural break-points appeared for our players and acted as perfect moments for ads to be served.

The implementation process was a simple one; embedding code that would call for an ad to be served into the game at the break-points we had identified.

The Spil Games team then built a great algorithm to detect the viability of each of these break-points to serve an ad - this is based on; the play time within a single session, the level the player is on, the success within the level just completed - which dictates the likelihood of continuation to the next - and the amount of ads served to that player in each session.

With any beta, there were tweaks to the system, learning's on each side, of course.

But now, six months on from the initial trial with in-game advertising in some of our titles, we're happy with the outcome. We have seen that our fans have not been put off by the advertising; comfortable with the trade-off of well placed ads for free content; they spent the same time in play sessions and the return rates were completely unaffected.

Plus we can clearly tell that the advertisers involved were willing to pay some high rate CPMs as our revenue share from the placements is already very positive.

We believe that is a great way for indie developers who make web games to generate additional, constant revenue, to have more time to work on new games and worry less about money on current developments.