Kickstart your game's longevity and profitability with multiplayer 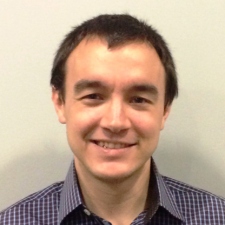 Tyler York serves as the director of business development for Grantoo, and previously handled marketing and player acquisition for Betable.

The success of mobile gaming has often been attributed to its accessibility.

Mobile games offer the chance to jump in and play a round or two of your favorite game to kill time while at a bus stop; or that quick single player guilty pleasure while suffering through a long wait at the doctor's office.

The introduction of mid and hardcore game mechanics and subject matter that are more traditionally found in PC and console gaming - most notably online multiplayer and tournament play - appear to be the driving force to new levels of success for mobile games.

Over the past year, an increasing number of industry reports, articles, and case studies lend support to the idea that adding multiplayer and social features to mobile games increases player engagement and monetization, and can even revitalize games that are several years old.

Market intelligence firm App Annie recently issued its retrospective report on the Top Trends of 2013, which listed the top 10 downloaded games worldwide, of which seven out of ten have social features and half contain multiplayer challenge features.

When looking at the market by dollars earned, all of the top 10 games by revenue worldwide utilize social features, half of which also employ multiplayer.

In the spring of 2013, when independent research firm EEDAR released its suite of service products to help developers optimize their apps to increase sales potential and game quality earlier in the development cycle, it was quick to point out the importance of the correlation between multiplayer and social features and a game's popularity, player retention, monetization engagement and profitability.

However, the firm also advises that social, multiplayer and monetization features should be thought-out and fully integrated rather than 'tacked on' as an afterthought in order to reach their full potential.

As stated by EEDAR analyst Jesse Divnich in a March 2013:

"We do issue caution, however. Just because games with strong multiplayer and social support sell well doesn't mean slapping on a multiplayer component will automatically make your game a success."

The existence of such a correlation in mobile and web-based games parallels the same trend in the console and PC segments of the market, as evidenced by the anticipation for games like newcomer Titanfall or continued popularity of games such as Call of Duty and World of Warcraft.

Players are more inclined to play a game, play it longer and spend more money if they can play with or against their friends.

There are a number of real-world examples of multiplayer's connection to mobile gaming success. Scopely, a leading mobile entertainment network, claims to have cracked the code for app store success by leveraging head-to-head asynchronous multiplayer.

When searching for commonalities among these titles, all four have taken a tried-and-true game model and created a high quality asynchronous multiplayer experience around it.

Mobile multiplayer services Grantoo and Nextpeer have grown substantially in less than a year with no signs of slowing down, proving the growing appetite for multiplayer on mobile devices.

Nextpeer, which makes its money through traffic sharing, boasts more than 2,000 apps that have installed its multiplayer service. Conversely, Grantoo has grown to over 10 million users in nine months by partnering with premiere games such as Miniclip's Rail Rush and Spry Fox's award-winning strategy puzzle game Triple Town.

"As a white label service, we work closely with our developer partners to make our multiplayer and social features feel native and work seamlessly as part of the game," said Mikhael Naayem, Grantoo's founder.

"By customizing our platform to best fit each game, we see significant adoption of its features. Grantoo multiplayer games account for an average of 30 percent of the daily play sessions per game across our platform," he continued.

It's no secret that the biggest challenge facing mobile games is rising above the noise in a very crowded marketplace. Even then, if one manages to do so, staying atop the charts for any length of time is equally difficult.

Analytics firm Flurry recently investigated the average half-life of all apps, with half-life being defined as the point at which an app's monthly users (MAU) have declined to 50 percent of their lifetime peak. It found that most apps lose users rapidly, with half hitting their half-life at three months on average.

Optimizing a game's engagement (and re-engagement) is essential to realizing player retention in parallel with new user acquisition, thereby securing a greater peak MAU and a durable audience over time.

The correlation between retention rates and ... multiplayer ... is ridiculously high.

It often takes both significant time and money for a game's awareness to reach critical mass; and you won't make any progress if your players typically drop at a rate nearly equal to that of new user adoption. Games that achieve balance between retaining whales and acquiring new players have real staying power, as demonstrated by the number of older games on App Annie's top download and revenue charts.

Crushing the two-month half-life average with more than a year atop the charts are GungHo's Puzzle & Dragons, introduced on iOS in February, 2012; Kabam's Kingdoms of Camelot: Battle for the North launched March 2012 for iOS; and Supercell's Clash of Clans.

Increasing a game's staying power most often requires a significant time and financial investment to keep players engaged via the introduction of new content; additional characters, worlds, levels and missions that suck up valuable resources and staff.

Extending the life of a game through social and multiplayer features provides a fresh experience by matching players against one another, and a source of evergreen content that appeals to everyone from the newest players to the most hardcore whales.

Multiplayer, when done correctly, can be a powerful way to increase the longevity and playability of mobile games.

"Multiplayer as a core game mechanic is key to long-term consumer retention. Regardless of the type of game, whether it is an action, strategy, role-playing, or puzzle game, multiplayer enables people to collaborate and connect with other players and friends," commented Wanda Meloni, industry analyst and founder of M2 Research.

"Multiplayer by its very nature adds a deep layer of engagement that builds a community infrastructure and brings people back." Reply
Johannes Benjamin
I've always preached multiplayer. It's nice to have more research to back up my point!
Posted 5 years, 10 months ago

EA pulls out of GDC 2020 due to coronavirus concerns