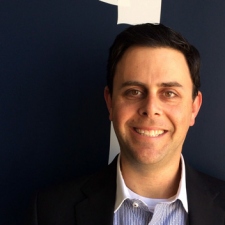 It's common to see flashy TV campaigns for the launch of blockbuster games: think GTA, Assassin's Creed  or Call of Duty. These are huge, billion-dollar franchises that can afford to spend millions on advertising.

These campaigns can drive enough sales to pay for themselves many times over - even on the very first day of release.

Mobile games? Not so much.

There are a number of reasons why this might be the case.

The first and most obvious is that mobile games have nothing like the budget of their console cousins.

Nobody is in business to lose money, so while Capcom or Square Enix may seem to be risking big money when putting $10, $20 or $50 million into launch advertising for their next big release of Resident Evil or Final Fantasy, in reality those publishers know they're speaking to a loyal user base that's coming at them with cash in hand.

The risk of losing that investment is slim to none.

The only real risk they face is whether the ad budget will add enough additional heat to the launch to more than make up for itself over the life of that release. And that's a tiny gamble on a $2 billion empire.

Hit mobile games on the other hand come out of nowhere - and that makes it notoriously difficult to predict a hit in advance. What's more, freemium games don't generate any revenue until the in-app purchases start rolling in, while free games are dependent on ads in order to turn a profit.

In that context putting $10 million into advertising the launch of a new mobile game could quickly turn out to be $10 million down the drain.

Another reason publishers may shy away from TV advertising is the fruit-fly-like life span of many mobile games.

While some console and PC game franchises have fans who may remain loyal for years (or even decades), even the hottest mobile games seem to follow a here today, gone tomorrow pattern, with a shelf life limited to just weeks or months.

As a result, the prime time for advertising mobile games is when downloads are starting to ramp and publishers can and want to maximize user adoption. Another strong period is when the installed base reaches a critical mass and a publisher wants to increase revenue per user, through add-on offerings.

None of this is to say that mobile game publishers are unsophisticated in their marketing efforts - far from it.

Already these marketers are borrowing tactics from the world of consoles by using visually appealing creative to highlight the characters, action and environments of their titles.

They have also come to recognize the power of language to entice, excite - and maybe even stun - potential players as offering the "most addictive" or "most immersive" experience ever.

Mobile game developers also have tricks up their sleeve that no other platform can offer.

Mobile marketers have made it drop-dead easy for anyone with a smartphone to be just two clicks away from their next favorite game. Talk about frictionless.

As the size of the mobile gaming market continues to grow, marketers are looking for new ways to engage and expand their user base and television can play an important role.

This is already an important part of the marketing mix in Japan, where GungHo Online used TV to drive 1 million downloads of Puzzle & Dragons in 19 days.

There are new approaches that are making TV an even more effective vehicle for advertising mobile titles. For example, television spots can be created that allow a seamless TV-to-mobile connection. By including an SMS shortcode in a television ad, publishers can establish an instant, direct-to-download connection with their customers.

It's simple: see an ad for game X, text the shortcode to the number on the TV screen and receive a link straight to the download page. A player can have the game installed before the program they are watching has even resumed.

This approach also creates a measurable connection allowing marketers to know what TV spot led to which downloads and installations. This type of attribution may be the norm in the digital world but it has not been available on TV.

Knowledge is power and for marketers this knowledge gives them the power to explore new ways of understanding the value of a TV ad. They can look at how many people texted the shortcode, visited the download page, installed the app or ultimately played the game.

This means TV can be evaluated - and priced - based on performance rather than brand.

And what this means is that mobile game publishers, big or small, now have the ability to bring their titles to the wide world of TV in a meaningful, measurable and cost-effective way.