Minnows, dolphins, whales and beyond 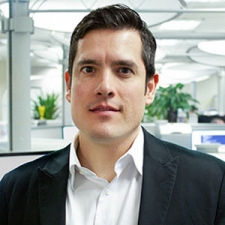 Free-to-play game developers and publishers often fall into the trap of scrambling to find profitability.

The players you expect don’t appear, the players that do show up don’t stay, or don’t spend, and production cycles are spent on quick fixes that do little to address fundamental flaws in monetization strategy.

However, with a solid plan and toolset, you can monetize 100 percent of your players.

The three points of player value

You need to monitor, understand and take action on the three points of value that players generate: cash, friends and eyeballs.

In-app purchases (IAPs) are almost always the most lucrative source of player value in free-to-play games, but they’re hard get right and only a small percentage of players ever make them.

User acquisition is costly, but can be offset by players who bring friends to the party. Advertising to players in free-to-play is a necessity for any plan that aims to capture value from the entire player base.

Integrate monetization into your design

IAPs come from a small percentage of your player base, but generate significant revenue.

However, the implementation of good monetization strategies for IAPs is too often an afterthought. Before someone will spend money in your game, you have to nail three things:

What's the first thing your players are going to buy in your game? If you can’t answer that, your game will fail.

What are the player aesthetics that drive value creation for the player?

If your game is challenging, use that to your advantage. If self-expression is the dominant aesthetic, embrace it. Look for the opportunities where players understand value in the game and how it’s created, and own those moments.

Targets need to be detailed enough to be able to provide the insight necessary to make meaningful changes to a game’s performance.

A goal of an average lifetime player value of $1 is a start, but it’s far more helpful to have detailed benchmarks.

These metrics, however, provide many more guideposts to measure and react to once your game is live and collecting data.

Before you have players, build into your production plan the time required to capture data and measure it. Make sure you’re tracking monetization and retention metrics at the player level.

You’ll need a tool that allows you to segment your players based on various criteria, and these metrics tell you how your cohorts are performing. Build in the hooks required to make real-time changes to the game, and avoid sinking time in building and submitting new versions.

Player data you can act on

As player data starts to pour in, the metrics reveal the situation, and you can truly enter the capture and act cycle.

Are you hitting your targets? Is conversion where you need it to be? What are players buying and when?

Not surprisingly, most companies get it wrong at first. Sophisticated publishers will immediately begin segmenting their players and start applying dynamic action to get it right.

This means giving players what they want when they want it, without the need to submit a new version.

What's the first thing your players are going to buy? If you can’t answer that, you will fail

The right tools will allow you to trigger IAP sales designed to boost conversion for new players, or upsell to existing spenders.

Server side variable controls combined with behavioral segmentation will allow you to give an easier game experience to lower skilled players that keeps them playing longer.

Implementing these systems will also let you A/B test your parameters before you roll out the wrong ones to your players.

Monetize 100 percent of your players with ads

During the time that IAPs are being maximized, the non-paying players (about 98 percent) can engage with well-placed ads and bring you revenue.

Player identification and dynamic action is as important for ad monetization as it is for IAP. Good ads are targeted to the right players, offer relevant content, and don’t interrupt the player experience at the wrong time.

When you get them right, ads convert well. Most importantly, they don’t hurt player retention. Good ads can generate more than 2-3¢ average revenue per daily active player.

This is significant revenue, especially when you’ve just launched your game and player acquisition is strong (most games have the highest active player volume at launch).

Be acutely aware of the value you aim to create for players, and be attentive to player metrics as they consume your game.

Have the right tools, take control, and whether it’s IAP or ads, give your player segments the experience that’s right for them. You’ll be scrambling less and earning more revenue.

5 steps to optimize the first in app purchase

Is your F2P monetization playbook up-to-speed?