Or else you're only looking at half of the picture 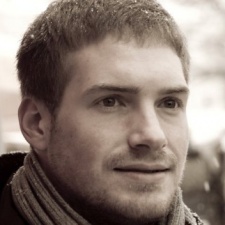 Felix Speiser is the vice president of product marketing and innovation at SponsorPay, where he guides the development and direction of SponsorPay's ad monetization solutions.

I’m often struck by a common misconception among developers - that eCPM is the primary metric when talking ad monetisation.

I'd like to set the record straight. While eCPM is important for ad monetization, I've come to believe that looking at this metric alone actually obscures revenue opportunities from developers trying to optimise their ad monetisation.

The problem is that the eCPM only measures half of an ad's monetisation strategy and it's easy to miss the other half of the equation: ad inventory.

The problem is that the eCPM only measures half of an ad's monetisation strategy and it's easy to miss the other half of the equation: ad inventory.

While eCPM represents the price at which a developer’s ad impressions are bought, their ad inventory amounts to the total number of ad impressions they are making available for advertisers to buy.

Why is ad inventory important? While developers can never completely control eCPM, which is set by the market and continually fluctuates, they always exercise total control over the number of ad impressions they make available to advertisers.

Ad inventory optimisation, when done cautiously and balanced against user experience, can drive vast and immediate increases in ad revenue.

Given the potential of smart ad inventory optimisation for developers, I'd like to take a closer look at how developers can optimise their ad inventory for better overall ad monetisation.

While every game or app is different, I believe there's a simple framework that can help all developers describe, analyze and optimise their ad monetisation strategies.

It all starts with understanding how eCPM and ad impressions work together in the basic equation for calculating ad revenue:

When we think of optimising ad impressions, we can identify three determining factors: the number of daily active users (DAU), the fraction of these users who will be exposed to ads (Exposure), and the number of times these users will see the ads (Frequency).

The number of ad impressions that a developer can sell becomes a product of Exposure and Frequency that scales with DAU:

By making decisions about the Exposure and Frequency of their ads, developers can start proactively managing their ad inventory.

Exposure measures the fraction of daily active users that are exposed to ads at all. When developers decide which of their user segments will see ads, they are making decisions that affect Exposure.

For example, perhaps a developer currently implements rewarded video ads in their store, where s small fraction of users go to buy virtual currency or other items. The exposure for these rewarded video ads is quite low - perhaps 5 percent of your DAU.

To increase the exposure of these ads, the developer might consider adding an additional placement on the main game screen or in between levels. This would give more users the chance to see a rewarded video ad. Similarly, decisions about user segments and ad serving rules also influence the numbers of users exposed to ads.

It's easy to see how Exposure is important in Freemium properties, where not all user segments will be seeing ads - e.g. when paying users do not see ads.

As a natural next step after Exposure, Frequency measures how often exposed users are seeing ads. By definition, Frequency is the average number of ads seen by an exposed user per day. Developers can also make decisions that modulate Frequency.

Imagine, for instance, that you have launched a free casual game relying heavily on ad monetisation.

Your Exposure is 100 percent, so all of your users are exposed to interstitial ads. On average, your users see five interstitials daily (Frequency = 5). A small change, like enabling an additional ad placement in your app or raising an existing frequency cap, could increase your average frequency from 5 to 6.

As a result, your ad revenue would also shoot up by 20 percent given a constant eCPM.

The most recent report from App Annie on "The Economics Of Free" shows that ad revenues are going to drive a significant portion of overall revenues for mobile app developers - especially those that focus on their ad monetisation strategy while designing.

I'm excited to see what the industry will deliver to boost the freemium model to a new level.

We're a mobile-first company, but Facebook is still half our revenue says Wooga CEO