Apple's IAP giveaways will reboot the entire app discovery system... and here's how 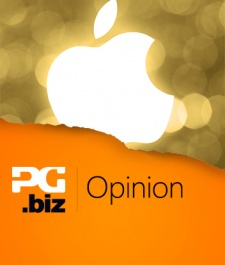 It being an Apple move, there's yet to be any official word on how widespread the ability to give away in-app purchases using an iTunes promo code will be.

So far, EA is the only company on the App Store using the service, which enables players with a US iTunes account to redeem a code to get a $1.99 IAP within Real Racing 3.

Neatly, the code works as a discovery method too.

If you don't already have the game installed, redeeming a code will download the IAP and the game - albeit something of a double-edged sword given Real Racing 3's 1.1 GB file size.

Given this situation, it seems unlikely that the choice of Real Racing 3 was an accident but a stress test, both in terms of how the system works technically within iTunes, as well as how the wider iOS audience reacts to this new incentive model.

Ironically, Apple has been against incentivised downloads, particularly as practised by companies such as Tapjoy.

Of course, having such a system integrated into iTunes not only gives Apple control over how and in which games it's used but also ensures the revenue stream is kept within the iOS ecosystem.

This move could be the start of an entirely new advertising system for Apple.

More radically, because an IAP is fiat currency - that is one which is just created and which effectively has no real monetary worth, only a psychological value to a consumer - the cost of such campaigns would only been the 30 percent cut Apple takes on each App Store transaction i.e. EA would be charged 60 cents on each of its Real Racing 3 IAP promo codes.

But Apple could easily discount this if it wanted to.

Indeed, taken to its logical conclusion, this move could be the start of an entirely new advertising system for Apple, which has been underperforming in this area thanks to the failure of iAd and the rise of Facebook and other social networks as the key drivers of app discovery.

Of course, at present, this could appear to just be so much speculation, but the rumours PocketGamer.biz is hearing confirm Real Racing 3 is just a tester for what will eventually be a widely available discovery and engagement boost to the whole iOS ecosystem.

As one insider - not a developer but an ecosystem player - told PocketGamer.biz, "[It] will be available to anyone as long as it's a quality app. Quality matters a lot".