Now you're talking: Getting the best from your in-game voiceovers 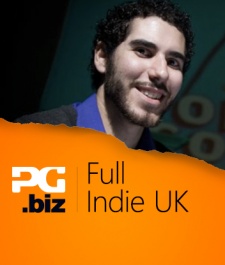 I'm just finishing producing a narrative game with voiceover and, while it's fresh in my mind, I wanted to share some of what I've picked up, as well as tips from working with talent on other digital and video projects.

First, a game design decision: cutscenes or narration? Or, to put it another way, do you want to take control away from the player while she watches a 'lean back' cutscene, or will she 'lean forward' with narration over the top of her actions as she plays?

Cutscenes can work well as bookends to an experience, as rewards for completing a level or a chapter (think the animations in World of Goo). They can set up dramatic moments (just before a boss battle in Kingdom Rush), and drive your story along. But on the flip side they can also interrupt the flow of your game by causing frustrating pauses.

For that same reason it can also be much harder to get right. Does the narration respond to the player's actions? How are the triggers set up? What happens if, for instance, a timed idle prompt ('Don't you have somewhere to be?') clashes with a patrolling enemy shooting the player ('Get into cover!')? Does one line interrupt the other, blend in some way, or queue until the other has finished?

It's worth considering how best to present your script to your voice artist. They'll typically charge by the hour, so you want to make the most of your time with them. If they're more used to TV/Radio than games they might be more comfortable with a traditional formatting (see BBC Writersroom for examples).

Your game may not even feature 'scenes' as such - it might be short dialogue snippets, one-liners, or a mixture. Try to group the lines by type: e.g. all the player prompts in one section ('You can't go this way.' / 'Try jumping higher'), all the exclamations in another ('Argh!' / 'Ow!') and all the more traditional scenes in a third.

This gives a structure to your session and helps your talent focus on one game context at a time when they're delivering their lines.

Once you've got a draft script you're happy with, record it immediately and stick it in your game.

This doesn't have to be anything fancy - just use a smartphone to record yourself or a colleague, and a free sound editor like Audacity to edit.

As soon as you've got this 'guide audio' in-game you'll almost certainly realise:

It helps to go through at least two or three revisions of this, tweaking your script and V/O each time. As Papa Sangre 2 producer Tom Green says, "this will show you what works and what doesn't before you're 'paying per word' with your main talent".

Think about what extras you might need, that might not be obviously part of the game. Do you want voiceover for your main menu or help screens? Narration for your trailer? It's great if you can keep your lead voice/s consistent across all your marketing materials - and don't be afraid of recording a few different versions if you can't decide on the exact wording at this stage. Give yourself options.

It's a good idea to book at least two sessions with your voice talent, with a bit of a gap in between so you can review what you recorded and catch anything you missed or went wrong.

Avoid hot drinks, as these will cause mouth clicks.

"Avoid hot drinks, as these will cause mouth clicks. Water or apple juice are best for voice talent", recommends Green.

The sound will change depending on whether they're stood or sat, and how far they are from the microphone, so experiment with where they're positioned. Though Green does warn that "room noise may come in to play the further they move from the mic".

Be mindful of the speed of the delivery - what can sound normal and conversational in the studio can come across as ponderous and slow in-game (particularly in cutscenes).

It's rare that what's on the script is exactly what will end up being recorded. Green adds, "it won't be appropriate for every session but if you have a fiddly script, the talent is up for it it and you have a computer in the studio it can be good to work from google documents. That way you can be updating the script in real time as you go."

You'll want to get multiple takes of every line to give you options when you're editing, and always be tactful and encouraging in your feedback. If you and the talent disagree about how a line should be performed, record it both ways. It keeps the peace, keeps things moving, and they might be right!

Obviously not all games need it, but it's hard to argue that those which use voiceover masterfully (Thomas Was Alone, Bastion, Leo's Fortune, etc) are nearly as fun to play with the volume off. Great voiceover can be that special ingredient that pushes a game to the next level.

And, for more on voiceover, Full Indie's Jake Birkett pointed me towards the recent excellent piece by Dan Marshall.