From ctOS to HomeKit and Nest, the Internet of Things means mobile is only becoming more vital

Your entire life in your pocket 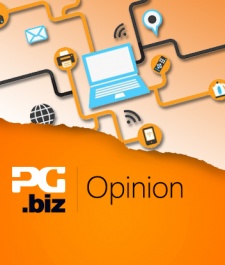 Of the many features to be announced at WWDC 2014, Apple's move into the Internet of Things is perhaps the most significant.

Labelled for consumers under the HomeKit moniker, the move is aimed at providing control of your home appliances, lighting, and security through a hub system within iOS 8, extending Apple's ecosystem into the heart of your life.

More broadly, it speaks to the attempts by big tech firms to unify core factors of a user's life under a single umbrella, centred on mobile; something underlined by Google's acquisition of Nest.

This competition is already causing substantive change on main street, as retailers scramble to pre-empt a renewed focus on mobile.

Forbes has reported that US retailer Sears is planning a push into home automation with a line of Connected Solutions in its stores and, earlier this month, UK companies Dixons Retail Group and Carphone Warehouse announced the completion of a $6 billion merger first attempted back in 2011.

It has to be said that reception to the Dixons Carphone deal was muted, with much play given to comments by analyst Louise Cooper who noted, waspishly, "[t]wo past-their-sell-by-date retailers merging does not an Amazon make."

What was notable about the merger, however, was the thinking behind the tie-up: an attempt to get an early stranglehold on the Internet of Things, centred on mobile.

IoT has moved out of the pages of Wired and firmly onto the high street.

Taking Sears and Dixons Carphone in conjunction, it shows large bricks and mortar retailers are gearing up to use mobile not just for personal communication, but as a core component of a much broader approach to retail.

In its own way, the console games industry is also moving in this direction.

HomeKit and HealthKit mirror moves by Microsoft, Sony, and more recently even, Nintendo, to offer some degree of mobile support or promotion for their console games.

Indeed, HomeKit was announced just after Nielsen released figures to show mobile is being used to supplement, rather than replace, traditional gaming habits.

In a week that has seen Ubisoft's Watch Dogs tie-in ctOS Mobile rocket up the charts, the figures reflect an increasing focus on mobile companion apps for console titles, and would seem to validate the strategy of creating a pervasive ecosystem for major IPs.

The end result is that mobile devices are becoming ever more important and personal. This shift may also result in innovation when it comes to physical shape and form factor - something we'll see a lot more of when Android Wear devices are released later in 2014.

Apple will no doubt also make further moves in this area, with the expected release of its smartphone and health tracker in the autumn.

Yet, while Apple looks well set with HomeKit and HealthKit integrated into iOS 8, the move to the Internet of Things also hold challenges.

As PocketGamer.biz editor-at-large Jon Jordan has noted, the world is getting wider and messier. Something the Internet of Things will only encourage.

That's an opposite trend to Apple's longterm focus on a closed ecosystem. To that degree, Apple seems to want both: to have its cake and eat it.

HomeKit, HealthKit, and the Beats acquisition show the foundations are being laid but they are not innovative in themselves. The momentum behind the Internet of Things is huge, and Apple's competition is actively demonstrating next-gen thinking.

At a time when the market is betting big on mobile becoming the core of an interconnected world, Apple is risking a lot trying to square integration with isolation.