Change from the bottom up 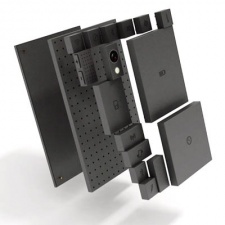 I've been writing about mobile technology for years, but over the past 12 months, things have been getting really interesting.

Without great hardware, the mobile games industry would never be where it is today, and the pace of change is accelerating; although change is not necessarily happening in the way you might think.

In this context, one thing to get out the way right from the start is that smartphone games aren't coming into the livingroom.

Whether its consoles like Ouya or GameStick, or smart TVs - which are in lots of homes but rarely used for anything smarter than Netflix - the technology is there, but demand for the 'use case' is not.

I believe the future success of the industry will be purely in the smartphone space, and consumers won't even need to invest huge sums of money into them either.

Starting at the bottom

In 2013, Motorola launched the Moto G, a $170 smartphone. It offers an extraordinary experience to the consumer. A real game changer as it were.

The only downside, from a gaming point of view, was its limited storage of either 8 or 16GB, but this was addressed last month when a 4G version was announced, along with the even cheaper Moto E, each with memory card slots capable of supporting cards up to 128GB in capacity.

The Moto E might only have a dual-core processor, but with a large display and decent 540x960 pixel resolution, respectable audio, 1GB of RAM and expandable storage, it's every bit as capable of running games as more expensive models. While frame rates may be down, everything will still run and give a perfectly pleasant experience.

With memory cards so cheap, gone are the days when a player has to uninstall your game to download another.

Battery life is at last also being considered an important, if somewhat unsexy, feature.

While there's always the temptation to go thinner, manufacturers are slowly responding to the common complaint about not being able to get through a whole day without charging.

Battery capacity is now mentioned in almost all new product launches, and is often talked about in more detail than things like the processor.

Consumers have every right to demand good battery life, and being told how to turn off features to save power isn't an acceptable solution. If you have all these amazing features, why would you not want to use them?

Taking things to the next level

A good battery becomes even more vital with the latest releases, such as LG's G3.

The first mainstream smartphone with a Quad-HD display (that's 1440x2560 pixels to you and me) has almost 12-million sub pixels to power, plus all the demand placed upon the GPU to fill them.

It demonstrates that there's still going to be plenty of interest at the high-end too.

With 538 pixels-per-inch screen, we're also getting to a point where future hardware advances will go beyond our capabilities as humans to fully appreciate.

Of course, in an industry that needs to keep selling new hardware, we'll no doubt be seeing 4K panels on a smartphone in a year or two. Why? Because we can.

Both Samsung and HTC intend to launch their own Quad-HD endowed smartphones soon. The Galaxy S5 Prime is bound to cause a stir from consumers that didn't realise the S5, launched in April, wasn't going to remain top dog for long.

Sony, too, is likely to unveil a new flagship at IFA in September, just five months after its current range topping Xperia Z2 hit the shelves.

With such a fast cycle of new smartphones, what of the tablet market?

While Apple still has a large gap between the iPhone and iPad, even with the smaller iPad mini, in the world of Android you have smartphones rapidly encroaching on the tablet market and potentially rendering them obsolete.

Many people are already telling me they see little need to have a tablet once they've got a phone with a 5-inch screen or bigger. It certainly does begin to look rather pointless when 7-inch tablets have generally been more popular, and LG now offers the same resolution on a phone as you can get on the largest tablets.

Even Apple is going to eventually find itself in a similar quandary when it launches the iPhone 6 with its supposed 4.7-inch screen.

Tablets will likely keep their place for productivity use, with a separate market existing for things like the Surface Pro, but for games or watching films, it's far easier - and cheaper - to keep everything in one place.

When it comes to other mobile operating systems, results from PocketGamer.biz's latest Global Developer Survey (to be published later this month for Business Network members) show that most developers are planning to stick it out almost exclusively with just iOS and Android, with a continued decline for BlackBerry 10 OS.

Even Windows Phone, now considered to be the 'third OS' hasn't grown significantly.

Other platforms, including smart TV and unconsoles, might as well give up unless something massive happens in the future. Google is still rumoured to have grand plans to revitalise its TV platform at Google I/O later this month, and Apple will do something sooner or later, but patience is fast running out.

Samsung has meanwhile launched its first handset running the new Tizen operating system, which it sees as a way of avoiding total dependence on Android. Even after smoothing relations with Google, Samsung still feels the need to keep working on a 'plan B'.

Given Tizen has been known about for well over a year, 65 percent of developers in our survey have ruled out supporting Tizen at all, with the remainder only showing a little interest. Nobody referred to Tizen as a core strategy at all.

It's a classic chicken and egg scenario, and Samsung never managed to get much traction with Bada so it's unclear what will be different this time around. Without a plentiful selection of apps, no new platform stands a chance.

One difference is that Tizen can run Android apps with little modification, and also that Tizen is already being used in Samsung's smartwatches. There's no doubt it will be appear in televisions and smart appliances in time.

But for phones or tablets? Haven't we been here before?

It's great to see the boundaries being pushed ever further year on year, but it's no longer all about cutting-edge. Obviously those high-priced devices aren't going to disappear anytime soon, but people are getting wiser and accepting that they quite possibly don't need all that power.

Handsets like the Moto E could make more of an impact to the games industry than all the $600+ flagships put together.

No longer should cheaper smartphones be seen as the sort of thing your grandad might buy because he doesn't really care about complicated apps.

Just as the success of the Moto G has enabled Motorola to reach six percent market share, the improvements at the low-end stand to do more to improve the industry than anything the likes of Qualcomm and MediaTek have up their sleeves for the flagships of 2015 and beyond.

Change is happening. From the bottom up.