Room for improvement: Developers weigh in on Apple's WWDC announcements

Good, but not great 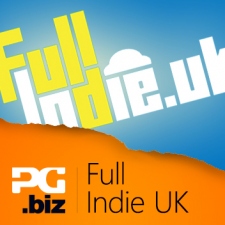 Last week’s WWDC announcementssparked some discussion among us developers at Full Indie UK.

Apple set the stage alight by announcing new features, new functionalites for the App Store, and even a brand new programming language in the form of Swift.

But, according to some of the UK's brightest and best independent developers, which developments will really affect the mobile-minded indies of 2014?

Which announcements piqued your interest?

David Mitchell, game designer and founder of Two Tails: TestFlight beta testing sounds extremely useful. It's a very welcome feature. Being able to beta test an app with up to 1000 users is a huge improvment on the old system, which restricted devs to 100 devices per Developer Account, per year.

The App Store supporting video previews is also brilliant. It might be 2 years late, but I'll take it.

App bundles on the other hand may further drive down the price of premium games on iOS. I mean the race to the bottom drove prices to 59p, and then eventually free-to-play erupted.

Now with app bundles, we will continue to see the devaulation of content. Hundreds of games and apps are bought and never opened, and this will only add to that. To be honest, I'm not really a fan.

With app bundles we will continue to see the devaulation of content.

Alistair Aitcheson, creator of Slamjet Stadium: I agree with David about Testflight beta testing. Being able to send out betas to a wider group will make bugfixing and gauging market feedback considerably easier.

Analytics in iTunes Connect should prove useful - especially for seeing how many people are viewing my App Store page. I can use this to accurately track how discoverable my game is, and to measure the effectiveness of my screenshots and copy.

I'd challenge the idea that video will make a big difference though. The biggest hurdle developers face is getting their store page spotted in the first place, and videos won't help this.The "explore" tab, which allows customers to browse by deeper and more targeted subcategories, should hopefully help with that. I’m keeping my fingers crossed.

Trevor Klein, game producer: While it's great that the App Store will now have video previews, what's more interesting to me is the much better video capturing that's being introduced.

It's been such a pain to get decent frame rate footage of what's on your device's screen, so this should make it much, much easier. Goodbye horrible screencaps from Simulator! Hello better quality trailers, tutorials and Let's Plays.

What were you hoping to see that didn't materialise?

DM: I’m keenly awaiting specific news about how the screen size and resolutions will change in new devices, beause that could have a big impact on development and design.

AA: This is a very personal request, but I've been screaming for a touchscreen Mac. At the very least I want driver support for existing touch monitors.

I've been working with Windows 8 on my recent game, Tap Happy Sabotage, and the large touchscreens have been perfect for the party atmosphere. If I could give my iPad multiplayer games the same treatment I would be over the moon.

TK: I just want AirPlay support for Chromecast. I know it's not game related, and it's clearly never ever going to happen, but I can dream.

Do you see Swift making an impact on your development or the industry at large?

DM: In a word, no. The problem is, like Objective-C, it's restricted to Apple platforms. It kind of contradicts the way the rest of the development market is moving, which is towards cross-platform technologies.

Don't get me wrong, Swift is a really nice language. It's basically all the best bits of Python and C# mixed into one. Being my two favourite languages, that's a marriage made in heaven.

Anything that reduces the barriers to learning game programming deserves our full support.

Unfortunately, the only problem it solves is speeding up development times. Other tools like Unity and GameMaker already do this and much more, providing the ability to port your game across multiple problems without re-writing your code from scratch. As a studio, I can't see us ever using Swift for games development.

Having said that, on the app side, if you're developing native apps on iOS devices - most likely because cross-platform app tools are largely poor - then surely you'll seriously consider using Swift to speed up development times.

Some of the features in the language may also help to reduce bugs, especially when it comes to things like memory management and crashes.

AA: David hits it right on the nose. Every developer with their head screwed on is working multi-platform. I actually really like Objective-C, but have moved away to Unity purely to avoid being limited to a single OS. It's a shame, as Swift looks like it has a great feature-set and the demo of the IDE was very impressive.

The true value of Swift is for beginner developers, not commercial outfits. People learning their first language, for example. So many developers made their first games in ActionScript for web browsers. Swift proposes the same simplicity for iOS games.

So while it’s probably not for me, anything that reduces the barriers to learning game programming deserves our full support.

TK: Just to echo the earlier comments, but from a different perspective, as a non-programmer it seems to me that it's less about programming languages and more about how easily I can support the team and work in the development environment.

Unity blows everything else out of the water in terms of making it easy for the whole team of artists, producers and developers to collaborate, and while Swift looks cool, it doesn't do enough to tempt me back to XCode native projects.