Misguided Mission: The search for the elusive IAP

Whales are not the only fruit, says SupersonicAds 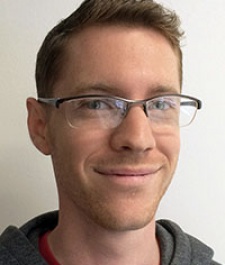 Adam Ben-David is Head of Ad Operations at SupersonicAds.

The app market oftentimes is boiled down to two types of users: Bursters and Lifetime Value (LTV) Users.

In this context, Bursters offer little to no value other than padding your numbers and helping the 'bloom' effect (i.e. getting a bunch of organic users because your app is more visible in the marketplace).

LTVers are the users who will convert in your monetization funnels and spend on your app's 'flaming magic sword'.

This delineation in value is equal to one thing: Return On Investment (ROI). Did I earn more money from this user than I paid to get them into my app?

This translates more specifically to 'What is the In-App Purchase (IAP) revenue I'm making off of this user?'

IAP is the Holy Grail. It's seen as the 'cleanest' of all revenue as the user has willingly chosen to spend their cash on something within your app.

For developers it's also a real validation that; 'Yes, in fact, your app is good'.

In this light, Bursters are seen as low-quality - basically we're saying this person isn't worth much because they won't buy anything in your game.

'Funnel Bursting' is a powerful process.

But it's rather elitist to think in this way; that people are only worth the amount of money they are willing to spend. And counter-intuitively, if you only focus on trying to generate money, it leads your business to make less money.

Instead, the smart developer will see three channels of productivity from their userbase and they can calculate ROI based on each.

Retention is one of the most challenging things for a developer. Roughly 60 percent of users will never open your app the second time.

This means that your initial funnel has to be good enough to keep them around. Bore them and they'll be gone in a heartbeat.

But building a good tutorial or 'intro-flow' is not an easy thing. It can take dozens of iterations to tweak and test to see what works well for you. With each new iteration, developers want to reach fresh users: users who are new to the experience and don't have a bias from previous versions.

This way you can see how they interact and react, to see how your improvements are working. You wouldn't want to spend all that money bringing in the whales if you lose them 20 seconds into the flow because your intro sucked.

'Funnel Bursting' as we call it, is a powerful process. Bringing in small but fresh batches of users to A/B test different refinements can give you a cheap and extremely effective way to improve your app quickly.

All games are social endeavors; from the in-game life of MMOGs where you compete against other players, to casual titles, where you help out friends and swap boosts. A strong community leads to stronger staying power.

People ultimately want to connect and interact with other people, and if your game fosters this aspect of life, you are rewarded with a dedicated userbase.

The benefits of such a community are obvious. These members will be your biggest evangelizers, and usually do more to bring you quality LTVers than your best advertising campaigns because there's no advertising like word-of-mouth.

The majority of your user base will want to play for free and may never make an in-app purchase, but that doesn't mean they aren't the most dedicated/involved people in your games.

You should foster these users and grow their commitment to your app. They will help attracting more users through the global community and bring in those potential whales.

For this reason you need to bring in different types of people to your game to have a large set of communities interacting.

Games that stand the test of time do this - a great example being Kabam's Kingdoms of Camelot: Battle for the North. It's been around for years and still persists at the top of the charts, which is a hallmark of how dedicated its players are.

Kabam has done an amazing job at building a truly community-oriented experience. And even though many in this community are non-payers, the value of these users is tremendous.

Despite the argument that revenue isn't the be-all end-all of your UA goals, ultimately you still want to turn a profit, and this is obviously one of the most important things to look at.

However most people are looking at this wrong.

The ROI calculation is as follows: LTV (IAP) - CPI = ROI.

Do you notice what wrong with this equation? The only revenue component is IAP. IAP is the most widely sought revenue source, but it's not the only one and it usually applies to only 2-8 percent of your user base.

In that regard, you have to average the IAP from your whales across all the negative ROI users to reach a breakeven or hopefully positive revenue curve.

However if you add in the other revenue streams you have you can increase this ROI pie dramatically.

95 percent of most users will never make an in-app purchase, but for this crowd a significant number will engage in ad-based payment models. Ad-based revenue models like offerwalls and rewarded videos (platform holder restrictions withstanding) can generate significant daily revenue for developers, sometimes to the tune of five figures a day.

Taking into account this revenue channel and attributing it to the Burst users, who will likely never make an IAP, will help you create an ROI positive UA campaign.

In fact you will even find that there are 'ad-whales'. These are non-paying users who won't drop their credit card for boosts, but will watch every single video engagement you deliver.

The bottom line is you need to look at your app as a service.

There are many different types of users who may interact with your service, and they each want different things.

Understanding how each of these segments works will allow you to successfully run UA campaigns which looks to bring in these different types of users:

Supersonic raises $15 million to open offices in China, India and Japan and boost headcount to 250

Sponsored feature: Should I use an ad server or a mediation service?