5 steps to optimize the first in app purchase 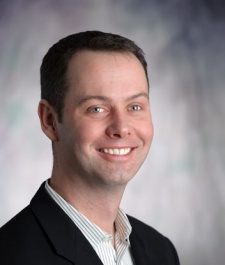 Jon Walsh is CEO and founder of Fuse Powered.

Originally a mobile developer of titles such as Retro Pinball, Jaws Revenge and Scarface, the publishing tools it built became so powerful and popular with development partners that Fuse transitioned from publisher to platform provider in the spring of 2013.

With more than 250 million installs, Fuse has partnered with some of the world's leading mobile app publishers to acquire, retain and monetize users on iOS and Android.

For free-to-play publishers, having a holistic, well planned strategy for monetizing players that includes both advertising and In App Purchases (IAP) is crucial given ever rising user acquisition costs.

When done well, in app purchases are made by an average of 2 percent to 3 percent of your players.

The first purchase is always the toughest.

Advertising therefore can't be overlooked as a significant source of revenue and the only way to monetize the 98 percent of your players that will never pay for anything in your game.

The 2 percent of paying players will still drive significant revenue; usually more than half of the total you can expect to generate, so getting IAPs right is critical.

Every paying player has to make a first IAP.

As the saying goes, the first purchase is always the toughest. That's why it's critical to spend the time getting the first IAP right. That means spending the time to test and analyze what when where and how to promote that first item that a player should buy.

This article will focus on driving that first in app purchase, but the same concepts can be applied to any future IAP purchases any time in a paying player's life cycle.

Is your F2P monetization playbook up-to-speed?